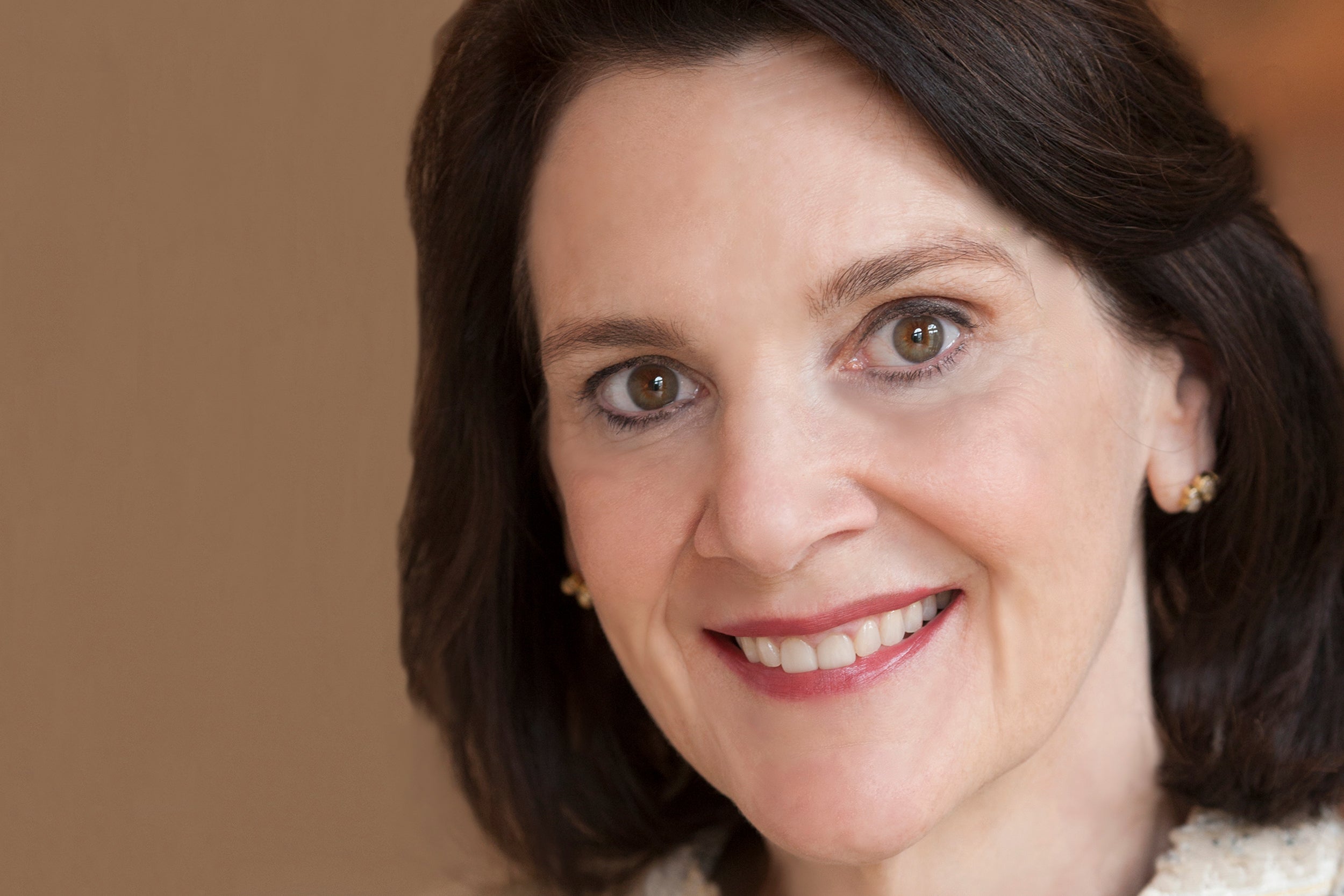 View all of Commencement 2020

The Harvard Alumni Association (HAA) has announced that decorated U.S. Navy veteran and rugby pioneer Koma Gandy Fischbein ’95 will serve as chief marshal at Harvard’s 369th Commencement on May 28.

“Twenty-five years after we walked together at Commencement, Harvard continues to inspire and inform our lives,” said Gandy Fischbein, the director of curriculum production for Codecademy, a New York–based education company that offers free online coding classes. “I look forward to returning to Tercentenary Theatre for this momentous day to celebrate all of our journeys, especially those just beginning for the Class of 2020.”

Elected by her classmates, Gandy Fischbein will represent the entire Harvard alumni community, leading the procession at the annual meeting of the HAA (Afternoon Program).

“I am humbled to receive this honor from so many distinguished classmates,” she said.

Since 1899, the 25th reunion class has been charged with selecting a chief marshal based on criteria that include success in one’s field as well as service to both the University and the broader society. As this year’s chief marshal, Gandy Fischbein joins an illustrious list of Harvard alumni who have held the position, including former U.S. poet laureate Tracy K. Smith ’94, who served last year; astronaut Stephanie Wilson ’88; Pulitzer Prize–winning reporter Linda Greenhouse ’68; City Year co-founder Alan Khazei ’83; former Secretary of Education Arne Duncan ’86; and author and journalist Farai Chideya ’90.

In addition to leading the afternoon alumni procession into Tercentenary Theatre, the chief marshal hosts a lunch for dignitaries and guests in Widener Library.

“Koma Gandy Fischbein’s dedication to service — to her country, to her community, and to Harvard — is an admirable example of the power of giving back.”
— Alice Hill, HAA president

Arriving at Harvard with “two seabags and a guitar,” Gandy Fischbein joined the Naval Reserve Officers Training Corps (NROTC) and went on to serve as part of the first groups of women assigned to Navy combat ships. She has served her country with distinction, including a recall to active duty and immediate deployment during the start of the Iraq War. She achieved the rank of lieutenant commander, earning a Navy Commendation Medal, three Navy Achievement Medals, and a U.S. Coast Guard Meritorious Unit Commendation, among other awards.

At Harvard, Gandy Fischbein developed a passion for rugby, and she continued to play in domestic and international competitions for two decades after College, including three years as part of the USA Rugby Women’s National Team Athlete Pool. Her leadership in the sport has continued: She is now the head coach of All Navy Men’s Rugby — the first woman to head a men’s team in the history of the Armed Forces.

She’s channeled her love for the sport into empowering others, promoting rugby among girls and women through the Sierra Leone Rugby Union and underserved communities through Play Rugby USA.

Gandy Fischbein helped found Ernst & Young’s EY Veterans Network to help veterans find employment after their military service. She has also volunteered for more than 10 years with A Leg To Stand On’s annual Rocktoberfest benefit concert to help children with limb disabilities in the developing world.

“Koma Gandy Fischbein’s dedication to service — to her country, to her community, and to Harvard — is an admirable example of the power of giving back,” noted HAA President Alice Hill ’81, Ph.D. ’91. “In pursuing her passions, she strives to transform the lives of others, whether it’s through rugby, music, or her commitment to veterans. She embodies the values of the University, and we’re proud she will be a part of this tradition of welcoming alumni back to Harvard.”

The annual meeting of the Harvard Alumni Association will take place on May 28 from 2:30 to 4:15 p.m. in Tercentenary Theatre, Harvard Yard. All Harvard alumni and members of the Harvard community are invited to attend. Alumni should visit the Commencement website to obtain free tickets, while faculty and staff on campus can attend using their Harvard ID. For those unable to attend, the proceedings will be streamed live online.