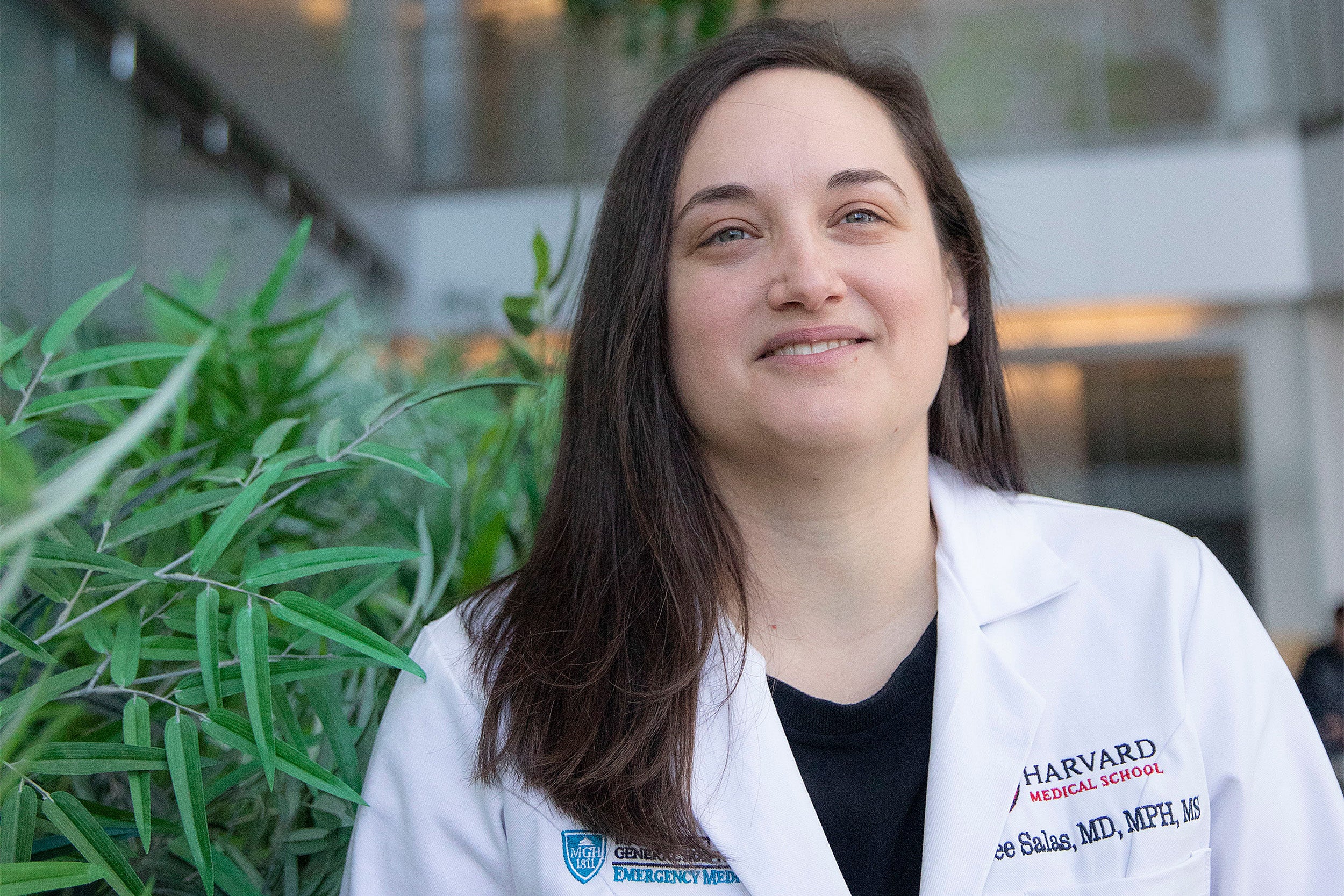 The number of confirmed cases of the Wuhan coronavirus have continued to surge inside China, sickening tens of thousands, with a death toll of more than 1,000. But outside the Asian giant the numbers remain a fraction of that, a trend Harvard’s Marc Lipsitch views with suspicion. Lipsitch thinks it is just a matter of time before the virus spreads widely internationally, which means nations so far only lightly hit should prepare for its eventual arrival in force and what may seem like the worst flu season in modern times. Lipsitch, professor of epidemiology at the Harvard T.H. Chan School of Public Health and head of the School’s Center for Communicable Disease Dynamics, talked to the Gazette about recent developments in the outbreak and provided a look ahead.

GAZETTE:  We spoke about the Wuhan coronavirus outbreak about a week and a half ago. What do we know now that we didn’t know then?

LIPSITCH:  We know that the spread is even greater than it was then. It was likely then that it would spread more widely, but there was still hope for containment. I think now that it’s in more countries — even Singapore, which is really good at tracing cases, has found some cases that aren’t linked to previous known cases — it’s clear that there are probably many cases in countries where we haven’t yet found them. This is really a global problem that’s not going to go away in a week or two.

GAZETTE:  You indicated that the rapid increase in cases was largely due to existing cases that hadn’t been diagnosed rather than new infections. Is that still your sense, or is some of the daily increase in cases due to new transmission?

LIPSITCH:  It’s clearly partly due to new transmission — and it was partly due to new transmission then. Separating out reporting delays from new transmission is hard, but over the last few days, it appears that the rate of increase in new cases in China has slowed relative to the exponential growth we saw before. Some people are cautiously hopeful that that’s due to the success of control measures rather than the inability to count many cases. I think that’s possible, since the control measures have been rather extreme in some places. So, now the question is whether these control measures are working or whether we’re mostly seeing a saturation in their ability to test thousands of cases.

GAZETTE:  When we talk about control measures, I think the one that’s most obvious to people who are following this are the quarantines. Are there other things going on that are also important?

LIPSITCH:  For the cutting off of Wuhan, cordon sanitaire is probably a better word for it because the movement restrictions apply to everybody, not just the exposed people. They’re not exactly quarantined. Then there’s the quarantine of people who are sick and may or may not have the coronavirus, along with the isolation of people who have the coronavirus. All of that may be helping. We’ve had some concerns based on news reports that the way they’re doing the bulk quarantine and isolation of cases could be harmful in China, but it’s very hard to get a clear answer on what exactly is being done. The early reports said that they were taking people who were confirmed corona cases and putting them together in mass quarters with people who were not confirmed as corona but might have a fever or respiratory symptoms. If that was true, that could spread the virus further. Since then, I’ve heard a number of times that that’s not actually true. So I don’t know what to think of that. It doesn’t seem like the sort of thing a responsible public health agency would do.

GAZETTE:  Has it become apparent that the virus is either easier to transmit or more deadly than previously thought? Or are these increasing case and fatality numbers in line with what our thinking was a week ago?

LIPSITCH:  The ease of transmission is still being confirmed. In terms of the so-called “R-nought,” or how many secondary cases a single case infects, experts’ assessment is getting tighter around a level of transmissibility that’s perhaps lower than SARS, which was about 3 and higher than pandemic flu, which can be up to about 2. But what makes this one perhaps harder to control than SARS is that it may be possible to transmit before you are sick, or before you are very sick — so it’s hard to block transmission by just isolating confirmed cases.

GAZETTE:  Is that the most concerning new information, that it might be transmissible before symptoms are apparent? That would seem to make this a lot trickier.

LIPSITCH:  Yes. I think that’s the most concerning piece, but the evidence for that so far in the public domain is pretty limited. I’ve seen hints that aren’t published yet, but the evidence for that that’s been peer reviewed is quite limited. On severity, estimates are that it’s worse than seasonal flu, where about one in 1,000 infected cases die, and it’s not as bad as SARS, where 8 or 9 percent of infected cases died. I’ve been working with some colleagues on estimates. They’re preliminary still but bounded by those two. That’s a large range, however, so the important question is where the final figure ends up, because 3 or 4 percent of cases dying would be much more worrisome than 0.4 percent.

“There’s likely to be a period of widespread transmission in the U.S., and I hope we will avert the kind of chaos that some other places are seeing.”

GAZETTE:  Is it significant that there are so few cases internationally compared with the number in China? Is that an indication that control measures are working or is it just gathering steam internationally?

LIPSITCH:  Unfortunately, I think it’s more likely to be that it’s gathering steam. We’ve released a preprint that we’ve been discussing publicly — and trying to get peer reviewed in the meantime — that looks at the numbers internationally, based on how many cases you would expect from normal travel volumes. And a couple of things are striking. One is that there are countries that really should be finding cases and haven’t yet, like Indonesia and maybe Cambodia. They are outside the range of uncertainty you would expect even given variability between countries. So our best guess is that there are undetected cases in those countries. Indonesia said a couple of days ago that it had done 50 tests, but it has a lot of air travel with Wuhan, let alone the rest of China. So 50 tests is not enough to be confident you’re catching all the cases. That’s one bit of evidence that to me was really striking. Second, I was reading The Wall Street Journal that Singapore had three cases so far that were not traced to any other case. Singapore is the opposite of Indonesia, in that they have more cases than you would expect based on their travel volume, probably because they’re better at detection. And even they are finding cases that they don’t have a source for. That makes me think that many other places do as well. Of course, we’re making guesses from limited information, but I think they’re pretty likely to be correct guesses, given the totality of information. 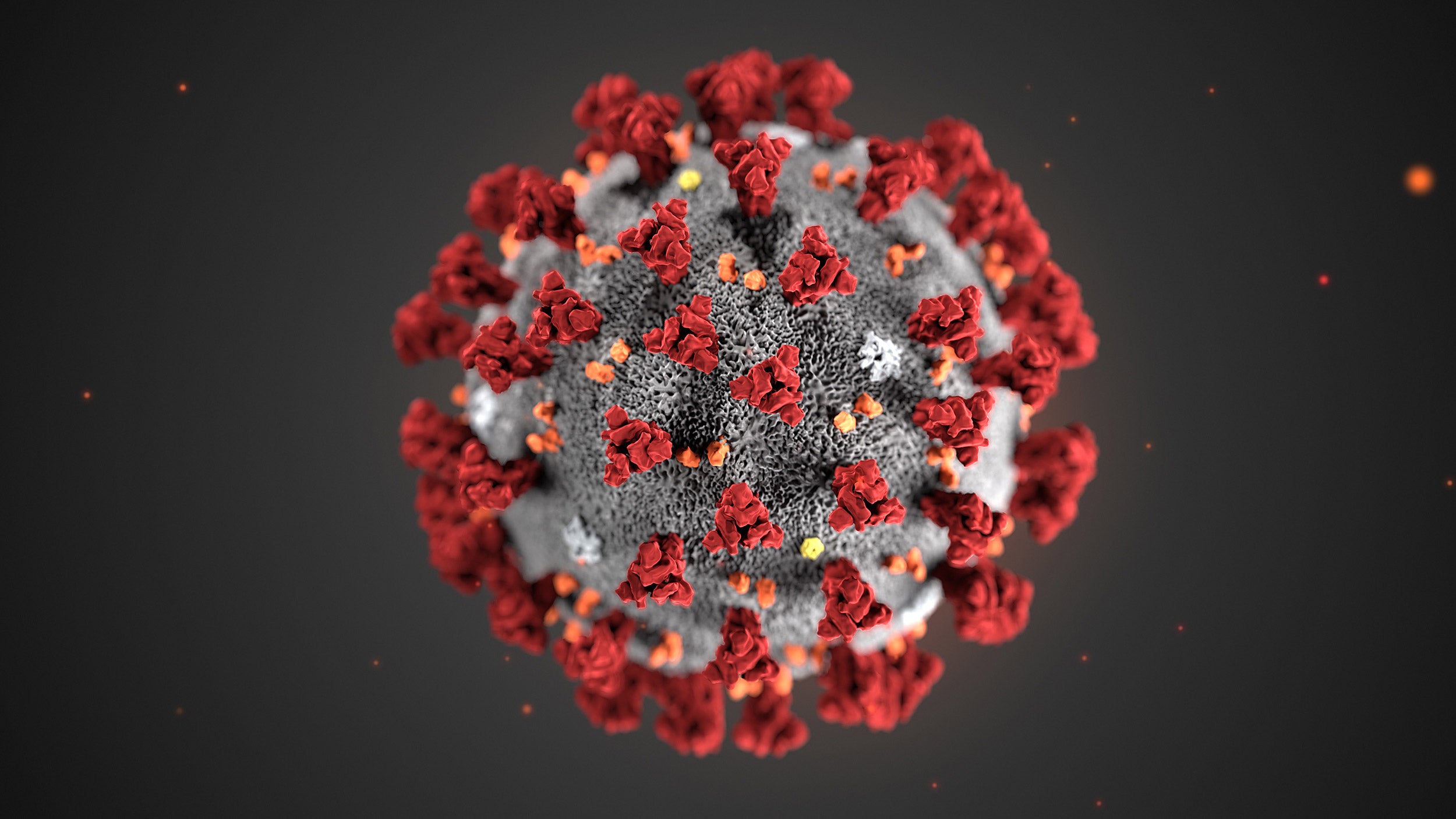 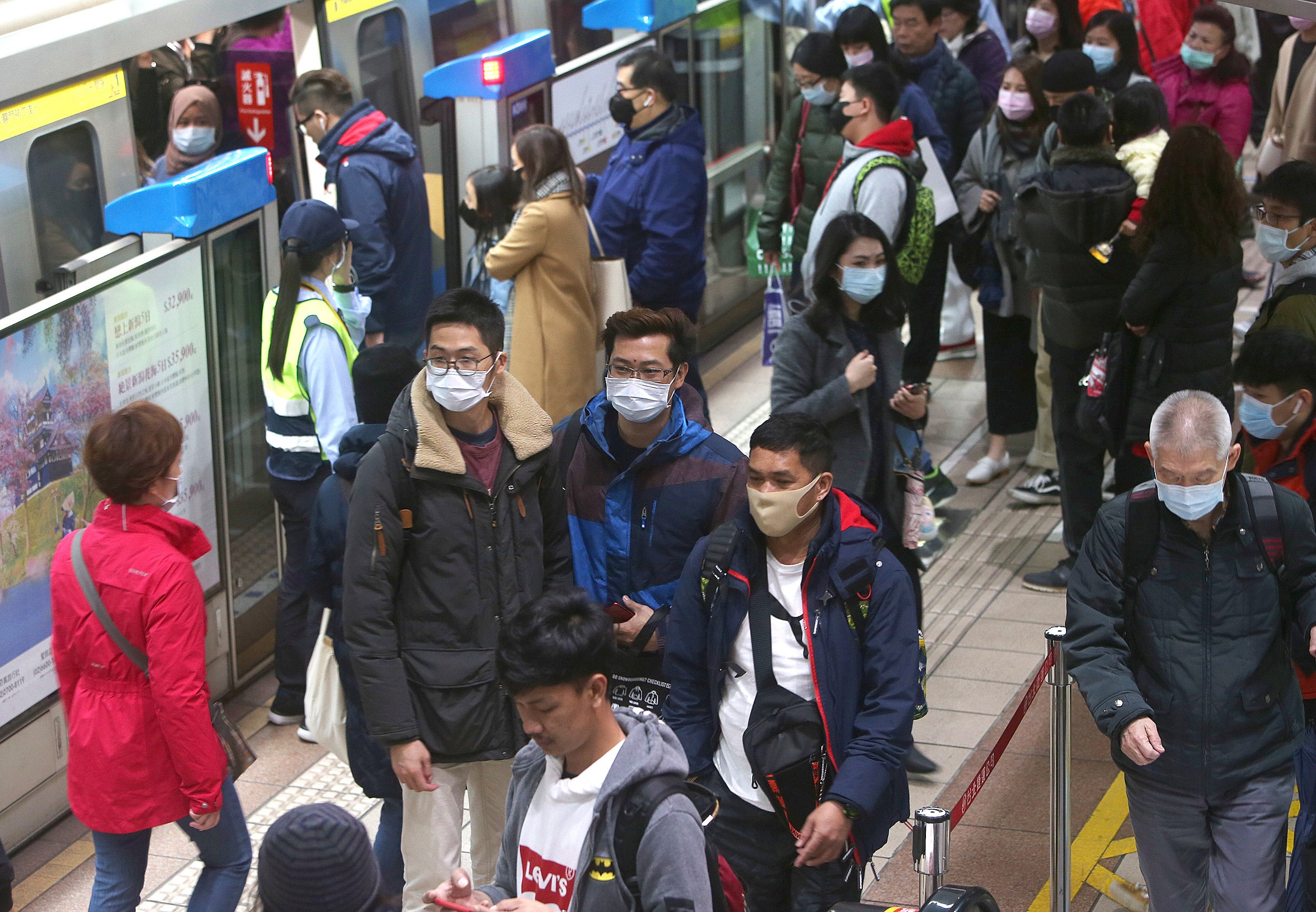 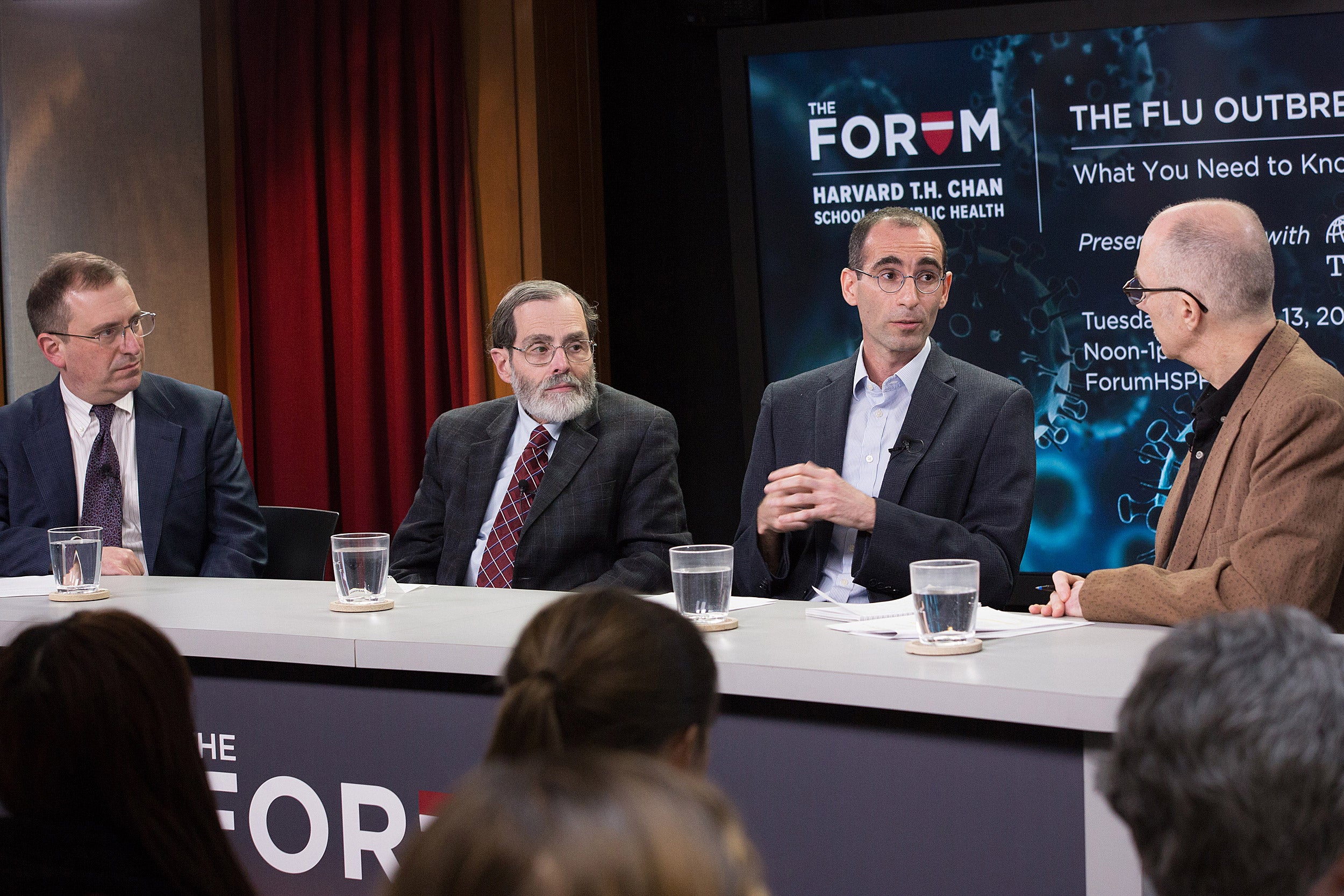 GAZETTE:  People have said a vaccine is probably at least a year away. Do you have a sense that this is going to need a vaccine to finally bring it under control?

LIPSITCH:  That seems like the scenario which is most plausible to me right now. Vaccine efforts are very much needed, but I think we should be clear that they won’t necessarily succeed. There’s a lot of effort being put into them, but not every disease has a vaccine. [Tedros Adhanom Ghebreyesus, director-general of the World Health Organization, said Tuesday that a vaccine could be ready in 18 months, according to CNN.]

GAZETTE:  But what is most important for the public to know about this?

LIPSITCH:  There’s likely to be a period of widespread transmission in the U.S., and I hope we will avert the kind of chaos that some other places are seeing. That’s likely if we continue to be prepared, but I think it’s going to be a new virus that we have to deal with. That won’t be because the United States government has failed to contain it, it will mean that this is an uncontainable virus. If we’re dealing with it, it’s because everybody’s going to be dealing with it. I think that’s a likely scenario.

GAZETTE:  From a treatment standpoint, it seems there are a lot of mild cases and then fewer serious cases that need respiratory support. Should hospitals and the medical establishment start thinking about capacity-building now?

LIPSITCH:  To the extent that’s possible, yes, but I don’t know how flexible that capacity is. I think we should be prepared for the equivalent of a very, very bad flu season, or maybe the worst-ever flu season in modern times, since we’ve had ventilators and been able to provide intensive respiratory support. And it might not be real flu “season” because the annual flu season is already passing. One question I’ve gotten a lot is whether it will go away in warmer weather, like SARS did. I’m not at all convinced that SARS went away because of the warmer weather. I think it went away because people got it under control in May and June. But there is some evidence — and we’re working on quantifying it — that coronaviruses do transmit less efficiently in the warmer weather. So it’s possible that we will get some help from that, but I don’t think that will solve the problem, as evidenced by the fact that there’s transmission in Singapore, on the equator.

GAZETTE:  Once people get this and recover, do we know whether they will have immunity?

LIPSITCH:  That is a very important question, but we don’t know the answer yet because it’s been too short a time. The evidence from other coronaviruses is that there is some immunity but it doesn’t last for long. Immunity to the seasonal coronaviruses lasts for maybe a couple of years, and then you can get reinfected. There’s a further question of whether that’s because the virus is changing or because your immunity is not very durable. Given that it’s a new virus, we can’t say anything with certainty, but it would be reasonable to expect immunity to be somewhat short-lived, meaning a couple of years, rather than lifelong.

GAZETTE:  So without a vaccine, you may have a respite for a year or two but then you may get it again?

LIPSITCH: Yes, and that is a bit like the flu, although typically people get the flu every five or six years.