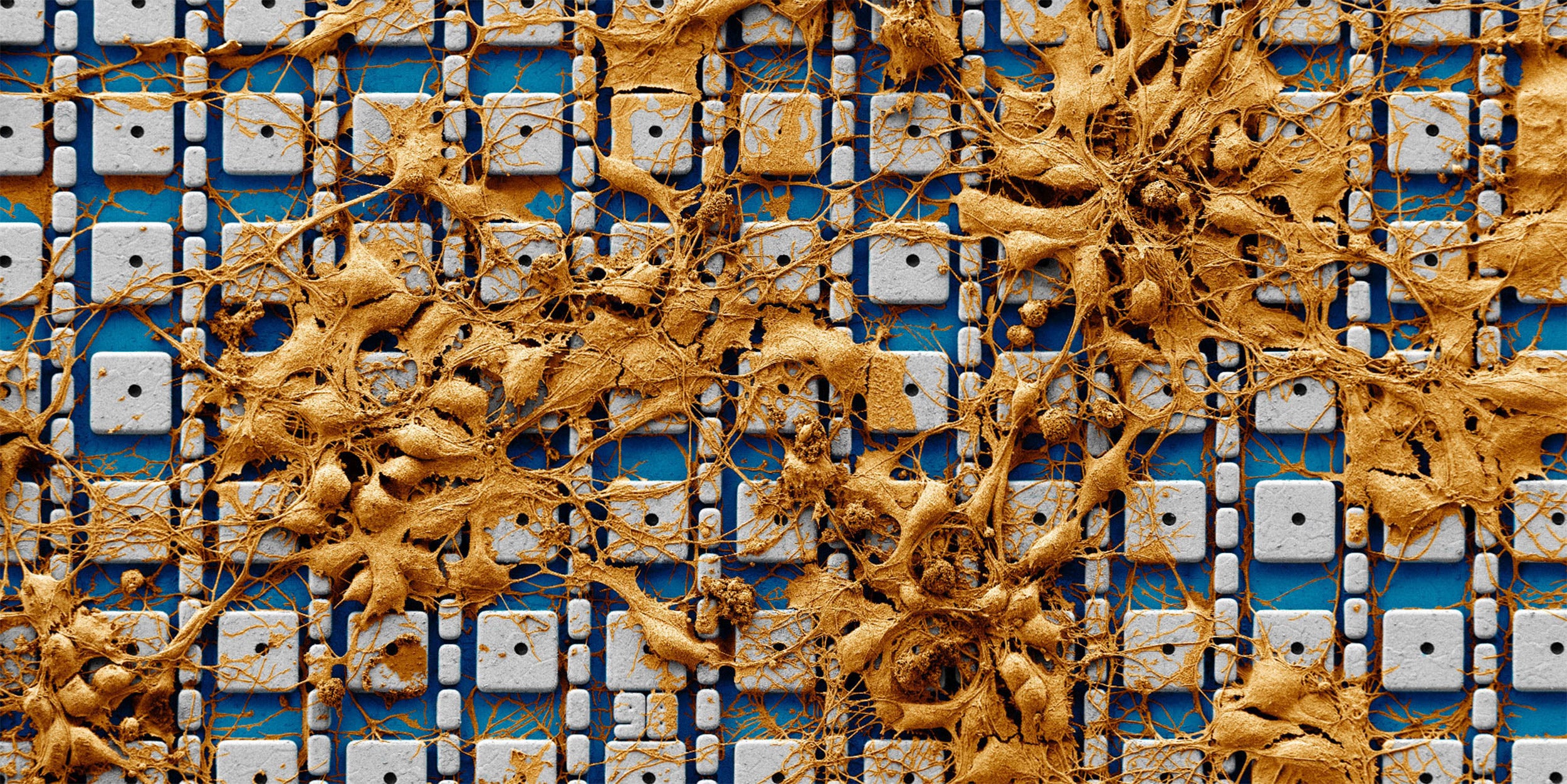 Every year, a “dead zone” the size of Massachusetts sprawls across the Gulf of Mexico. The Mississippi River, which travels through the nation’s farm belt, sweeps excess fertilizer and dumps the chemicals into the Gulf, where they feed rampant algae, deplete oxygen, and kill marine life.

Across the U.S., smaller versions of similar dead zones infect lakes, ponds, and rivers. In years with higher rainfall — like 2018 — Massachusetts’ Charles River collects enough pollutants from surrounding city streets, parking lots, and landscaped campuses to cause the water quality to drop. Unchecked algae growth, often the result of excess fertilizer, can damage marine, human, and even pet health: This year, several dogs died after swimming in water choked with toxic blue-green algae.

Now, Harvard scientists are teaming up with sustainability officers and landscaping experts to test a new fertilizer that won’t wash into water supplies. Using the Cambridge campus as a living laboratory, the team, which includes Dilek Dogutan, Quentin Gilly, and Paul Smith, plans to pilot the sustainable biofertilizer on Harvard’s grounds, starting this winter. Developed in the lab of Daniel Nocera, the Patterson Rockwood Professor of Energy, the living biofertilizer, which operates with just sunlight, air, and water, remains with the plants, produces bigger and healthier specimens, and is carbon-negative, absorbing carbon dioxide from the air and sequestering the dangerous greenhouse gas in the soil.

The pioneering effort began last spring, when Dogutan, a principal research scientist in the Nocera group, got an email from the President’s Administrative Innovation Fund (PAIF). In it she saw an opportunity to apply her lab’s research to the campus right outside her window. In previous experiments, the team had used the biofertilizer to grow radishes more than three times the size of controls grown without fertilizer. But the experiments took place in the stable conditions of a greenhouse.

“We wanted to take the research out of the controlled environment, to see the effect of soil acidity, air, temperature, humidity, everything,” Dogutan said. To do that, she needed help. Through PAIF, she formed a collaborative team with Gilly, the manager of laboratory sustainability and energy of the FAS Green Program in Harvard’s Office for Sustainability, and Smith, the associate manager of landscape services.

Gilly said the University is in the process of transitioning to all organic fertilizers, with a goal of 75 percent organic landscaping by 2020. But these fertilizers still end up in the water; the Nocera lab’s biofertilizer does not.

Invented in 2018, the biofriendly fertilizer relies on an engineered cyanobacteria called Xanthobacter autotrophicus. The invention incorporates years of research, going back to Nocera’s artificial leaf technology, which splits water to make hydrogen and oxygen, performing photosynthesis better than any leaf.

The new treatment uses the hydrogen from water splitting and combines it with nitrogen in air to produce ammonia, which plants can absorb into their roots. Since inorganic and organic fertilizers often give plants more nitrogen and phosphorous than they can use at one time, the excess gets washed away. But the biofertilizer stays safe within the plants’ roots, stored for future use.

The innovation has another ecofriendly trick: The bacteria absorb carbon dioxide from the air. “Using the new biofertilizer methods across the U.S., we could remove significant amounts of CO2 per year by sequestering the carbon in the soil,” Dogutan said.

With the help of the Office of Technology Development, Nocera, Pamela Silver, the Elliot T. and Onie H. Adams Professor of Biochemistry and Systems Biology at Harvard Medical School, and Xiaowen Feng, a former member of her lab, founded a company called Kula Bio, which arranged a first field test off campus. Marching toward commercialization, Kula Bio hopes its product will replace all synthetic nitrogen fertilizers — those responsible for high levels of runoff and CO2 emissions — with a low-cost organic biofertilizer.

“We have to do something because, really, we’re destroying the world. Coming to work every day is great, but what is our higher purpose? It’s not just sending those emails.”
— Dilek Dogutan

On campus, with funding from the PAIF, Dogutan and her team will perform large-scale tests of the fertilizer from winter 2020 through the following fall. But, with an earlier grant from the Campus Sustainability Innovation Fund, she has already planted two small test plots. In one, she and Daniel Loh, a Ph.D. student in the Department of Chemistry at the Graduate School of Arts and Sciences and a member of the Nocera Lab, cleared two parking spot-size gardens with a two-foot grass buffer between. Loh planted radishes, turnips, and spinach in each. Then, every week, he fertilized one with 100 milliliters of the engineered cyanobacteria mixed with waterand sprayed it over the plants. The other plot got just as much water, without the bacteria.

From April to August, Loh and undergraduate researchers Ellen Deng and Lauren Church monitored the plants and collected data. Loh’s measurements showed that not only did the biofertilizer help his plants grow larger than those in the unfertilized plot, the bacteria did not leech into the surrounding plants. “Nutrients are taken up by plants before they can diffuse large distances,” he said.

With the data collection complete, Loh ate his research: He harvested and shared his vegetables with the entire Nocera group.

Next, Deng wants to plant pink roses, her favorite flower. Gilly hopes to use the biofertilizer in campus rain gardens, which are designed by undergraduate students to better absorb rain water and prevent pooling. “Every year, the new first-years who come in are more and more passionate about environmental causes,” Gilly said. “They’re an ever-growing force of sustainability.”

Over the next year, Dogutan and Harvard’s landscaping services will replace organic fertilizer with the biofertilizer on areas across Harvard’s Cambridge campus — the size of the plots only depends on how much of the new treatment they can get from Kula Bio, which is donating it. The more, the better, Dogutan said. More data will help her and the team hone their product for widescale use.

“This is still very new research,” Dogutan said. “We are still trying to figure out the details: the loading, the sequence, maybe we need to design the bacteria in a different way.” Once they do, they hope to encourage all Harvard campuses to consider switching to the biofertilizer as a way to improve the University’s commitment to sustainability and eventually to win wider acceptance and perhaps end “dead zones.”

“We have to do something because, really, we’re destroying the world,” Dogutan said. “Coming to work every day is great, but what is our higher purpose? It’s not just sending those emails. The higher purpose, at least for me, is giving back to the Harvard community the best way that I can.” 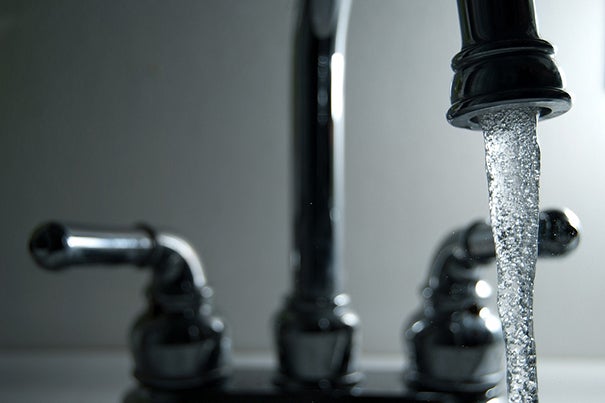