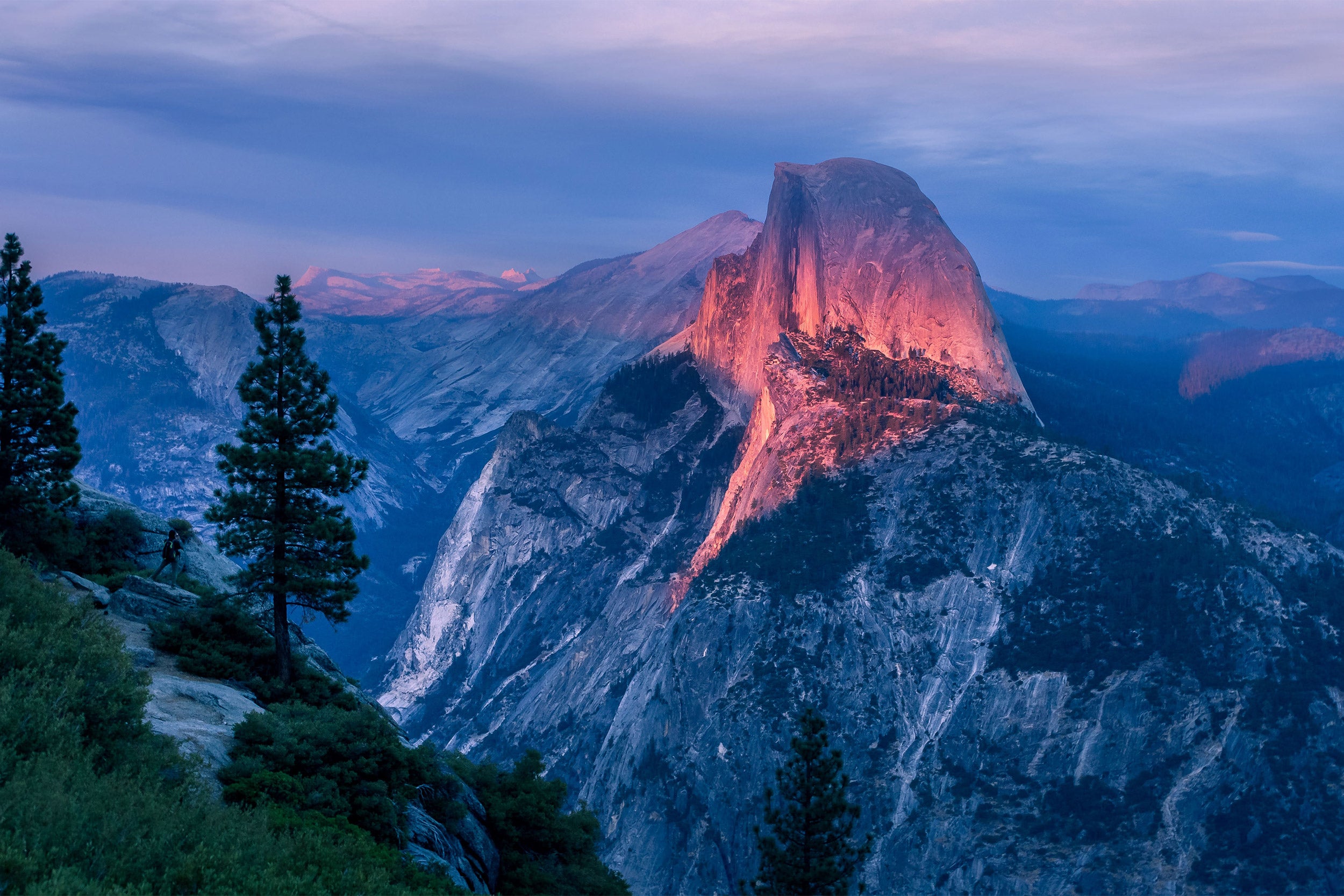 Citing what she called a “betrayal of his oath of office, betrayal of our national security, and betrayal of the integrity of our elections,” Speaker Nancy Pelosi opened a formal impeachment inquiry in the House Tuesday evening into President Trump. The move followed disclosures that he withheld military aid for Ukraine and pressed that nation’s new president to launch a corruption investigation into former Vice President Joe Biden, one of his leading 2020 election rivals. On Wednesday the White House released a memo summarizing a July phone call between Trump and Ukrainian President Volodymyr Zelensky. In it, Trump is quoted as saying “we do a lot for Ukraine” and asking Zelensky to work with the U.S. attorney general to investigate Biden and his son, Hunter, who sat on the board of a Ukrainian corporation. After releasing the summary, Trump said it showed no wrongdoing on his part, and he accused Demcrats of moving toward impeachment for political gain. Below, Harvard faculty weigh in on the significance of the step toward impeachment and whether it will matter in the end if it reaches the Republican-controlled Senate.

Impeaching a president was once described by James Bryce, a 19th-century observer of America, as “the heaviest piece of artillery in the congressional arsenal.” But, “because it is so heavy, it is unfit for ordinary use.” The power of impeaching a president is indeed incredibly powerful, is rarely used, and, so must be done so with great care and self-restraint. Congressional leadership under Nancy Pelosi has in fact been incredibly restrained, and correctly so, in my view. Speaker Pelosi has been masterful. She is aware there is always a risk that impeachment becomes “normalized” and becomes a run-of-the-mill weapon in partisan battles. Democracies around the world have suffered from such escalating tit-for-tat. Because of that, impeachment must be used only for genuine threats to the constitutional order. I believe we have entered that zone.

What happens in the U.S. Senate is totally an open question at this point, and by opening this door, Democrats are certainly running the risk that if the Senate does not convict (because of Republican recalcitrance), President Trump can claim he has been “vindicated.” This is a risky strategy but, given what appears to be the presence of extreme violations, I have been convinced by the arguments that constitutional duty now requires these steps.

It is quite significant, and in my view entirely appropriate, to move to an impeachment inquiry. There are three scenarios, here, any one of which would be sufficient. One, Trump pressured the Ukrainian president to investigate a political rival and his son. That is arguably a violation of federal election law and an impeachable offense, whether or not a crime. We don’t know the full extent of that pressure; the July 25, 2019 transcript on its face seems clear, but it is not the only data point; the president’s personal attorney was deployed to Ukraine multiple times, presumably to carry the same message. The second scenario is that Trump held up appropriated money to Ukraine in order to squeeze the Ukrainians to investigate a political rival.  That would likewise be a profound misuse of power, likewise impeachable. To be sure, simply conditioning aid on a foreign government’s following American-imposed conditions is not the issue. The issue is the nature of the conditions. Conditioning aid on eliminating carbon emissions or complying with human rights conventions is one thing. Conditioning aid on a personal vendetta, on trashing a political rival, is another. Trump does not have the right to deploy the resources of the government — especially with a foreign leader — for his personal political ends. Finally, there is the third scenario,  a quid pro quo: If you don’t investigate Biden, you don’t get our money. That is implicit in the July 25 conversation, and explicit, perhaps through the statements of Trump’s agents. The crime is extortion, and plainly impeachable. Consider this: The Mueller investigation found that there was Russian interference in the 2016 election. While the Trump campaign welcomed that interference (“Russia: Are you listening?”) it was not guilty of conspiracy because the organization had not orchestrated it.  This time, it has.

As we look ahead to the Trump impeachment, it is worth comparing it to two others: the cases of Bill Clinton and Richard Nixon.

Trump’s allies will argue that his impeachment has much in common with Clinton’s. The proceedings will be rough and tumble, and at times, undignified. Cries of “witch hunt” and “partisan motivation” will fill the air. But while these surface similarities will exist, the differences are far more significant. Clinton was impeached for wrongful personal conduct, not an abusive exercise of his Article 2 powers, as Trump has done. Clinton was publicly repentant before impeachment commenced; Trump remains defiant and likely to continue his abuse of office. Thus, even if the roll-call votes in their respective Senate trials wind up being [similarly insufficient to remove the president from office], it seems likely that history will judge the Clinton impeachment a misguided use of that Constitutional process — and the Trump impeachment a necessary effort to vindicate core constitutional principles.

Conversely, even if — unlike Nixon — Trump remains in office after [the] impeachment [process] ends, those two cases share a great deal in common. At issue in both is the use of presidential powers to obstruct justice and corrupt the Justice Department, the obstruction of legitimate congressional oversight, and the [alleged] use of illegal means to alter the outcome of our elections. Moreover, Trump’s withholding of foreign assistance from Ukraine to pressure it to intervene in U.S. politics is arguably worse than Watergate, as U.S. national security interests were illegally compromised to achieve the president’s political aims.

In the end, even if Trump is not removed by the Senate, any claims of vindication are likely to be short-lived: The voters will render a final verdict just a few months later. And even that will not be the whole story: Senators who vote to acquit Trump will have to face the voters themselves, and if they do not do their constitutional duty, they may ultimately get their due at the ballot box as well.

Co-author of 2018 bestseller,
“How Democracies Die”
Professor of Government

It matters a lot, as a step toward ensuring executive accountability. President Trump appears to have concluded from the outcome of the Mueller investigation that he “got away with it,” and this perception of impunity may have emboldened him to engage in further lawlessness. This seeming second effort to recruit a foreign government to help win an election appears to have convinced the vast majority of Democratic politicians — who until now have been very cautious — that the cost of continued restraint is too high. Congress’s response has already had an effect. The White House has now promised to turn over to Congress the whistleblower complaint and [just released] a transcript of his July conversation with Ukraine’s president.

It is far too early to conclude that impeachment doesn’t matter because the Senate won’t convict. First of all, we do not yet know the extent of wrongdoing or how much will be revealed. The situation is dynamic. If the inquiry reveals serious wrongdoing, both public opinion and the Senate’s behavior may change. If impeachment goes forward, GOP senators who face tough reelection bids will be put to the test. Their loyalty to Trump is far from assured. So while conviction and removal appear unlikely today, the outcome is far from certain. The key will be getting some Republicans on board. There are already some signs of this, including [Sen. Mitt] Romney’s recent declarations. It’s not likely that we will see many Republicans join the pro-impeachment coalition, as we saw in the 1970s — the parties are far more polarized today. But I wouldn’t rule it out yet.

An impeachment proceeding against President Trump would certainly underscore how far from our moorings American politics has drifted. Just think: Among our first 36 presidents, charges were brought against only two — one was impeached (Andrew Johnson) and the other saw the attempt fizzle quite quickly (John Tyler). Among our last nine presidents, no less than three have faced impeachment — one saw impeachment succeed (Clinton), another is coming up (Trump), and a third was ousted before the ax fell (Richard Nixon).

As of the moment, it seems unlikely that the Democrats would embark upon impeachment proceedings unless they thought they could win in the House, but it is also clear they are far from having a two-thirds vote in the Senate. Win or lose, this escalation against Trump will likely deepen our poisonous divisions at home and send yet another signal overseas of American leadership in dangerous retreat.

This [current move by the House] would be only a preliminary proceeding to establish whether there is in fact a basis for impeachment. Numerous grounds exist to make such an inquiry appropriate, even inescapable: Most clearly, the several instances in which the president has ordered persons to refuse to provide testimony or documents relating to matters clearly germane to the House’s oversight powers, including several in which such demands were made pursuant to explicit statutory authority, but also occasions on which government entities or foreign entities have used and paid for facilities owned by the president. Depending on what these inquires turn up, initiation of impeachment may be an unavoidable duty — but it may not.

I think it is far too early to tell how significant this move toward impeachment may prove to be. Right now, it’s important to the internal dynamics of the House. It also creates the possibility of other discoveries, developments, etc., that might, in turn, influence an impeachment process or the 2020 election. But it could easily turn out to be one more moment (like the release of the Mueller report) that creates little momentum and is drowned out by partisan noise. In the long run, this move might matter most as a signal about the limits of tolerable presidential behavior; that could help refine conceptions of what is impeachable.

Responses have been edited for clarity and condensed for length. 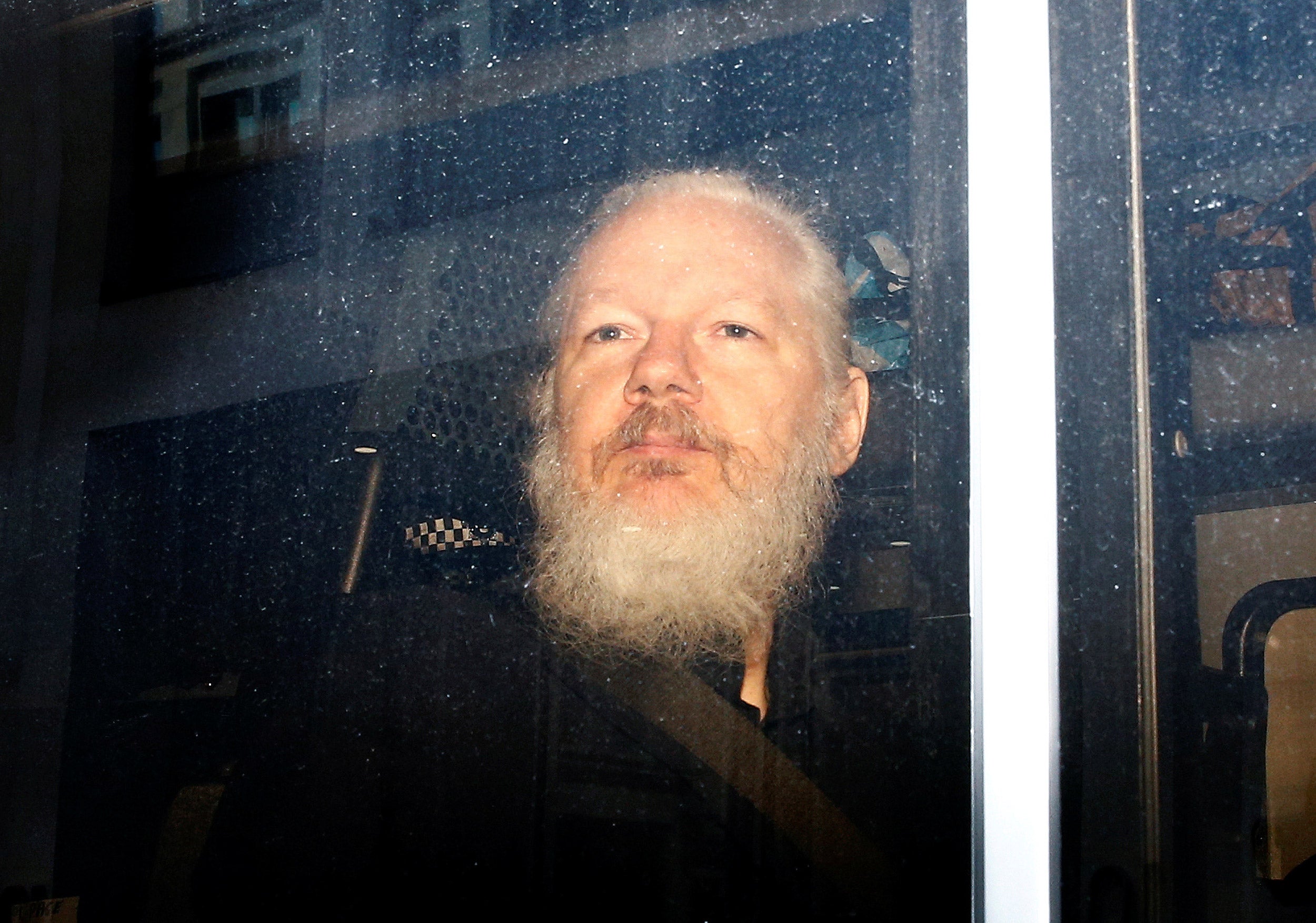 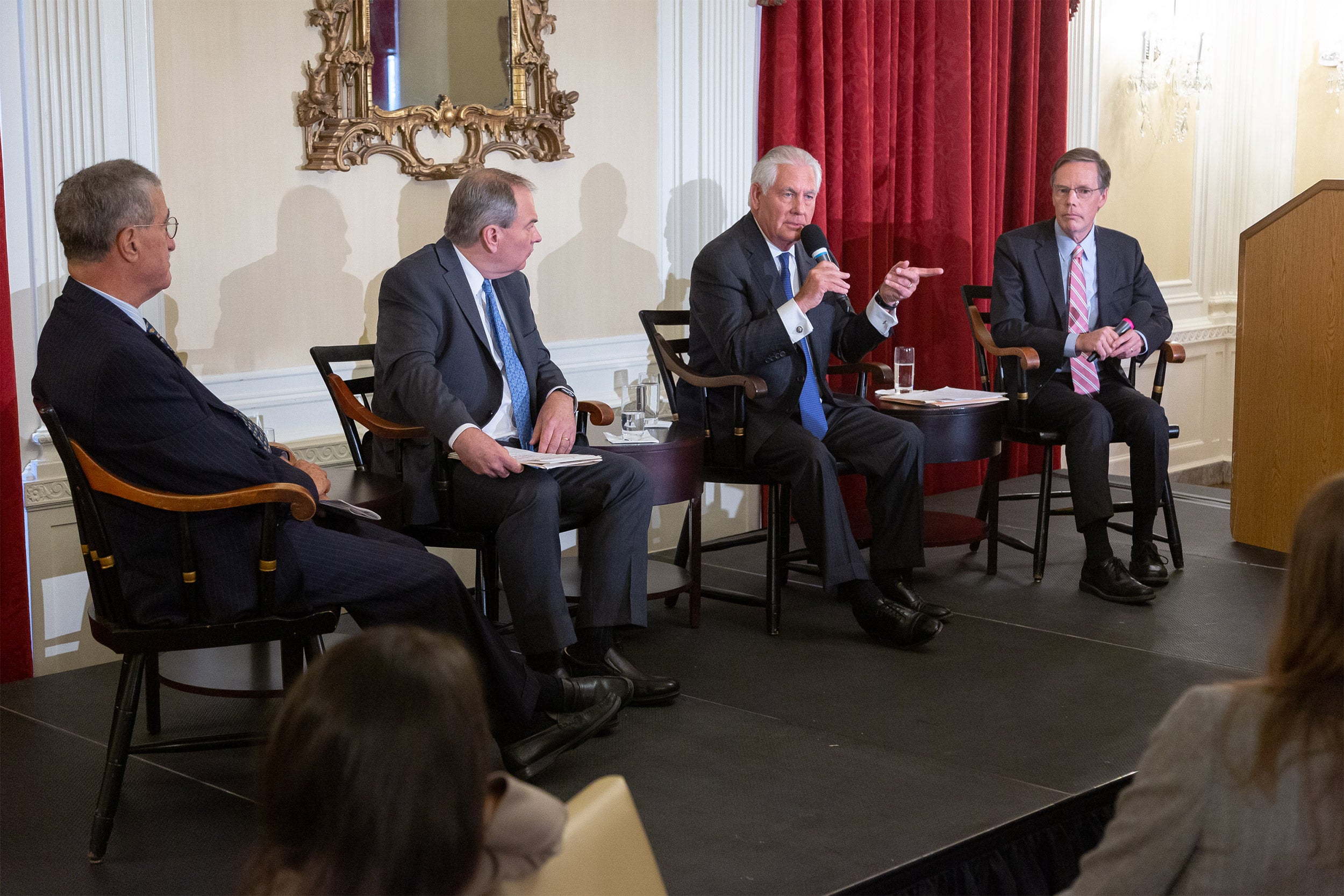 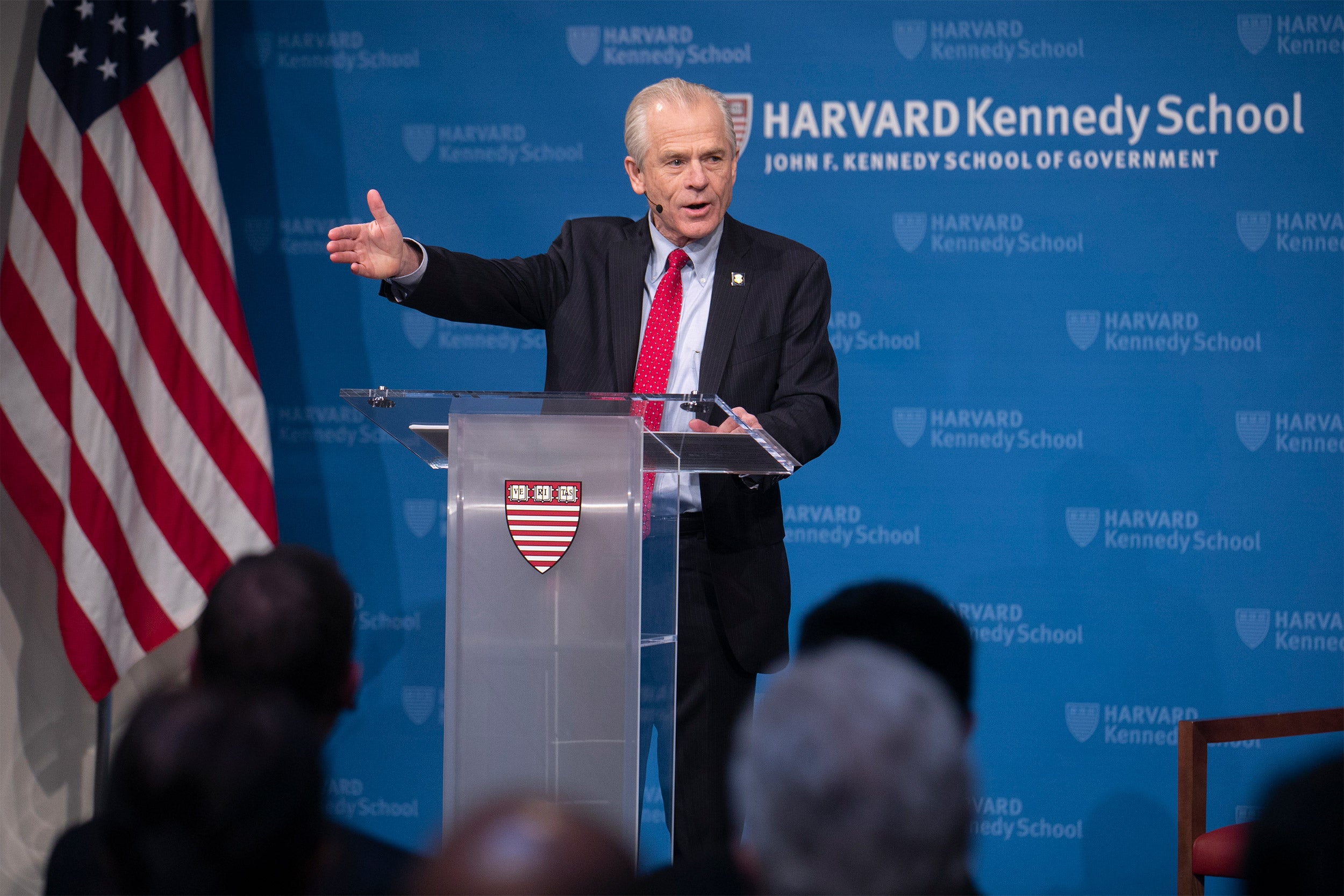