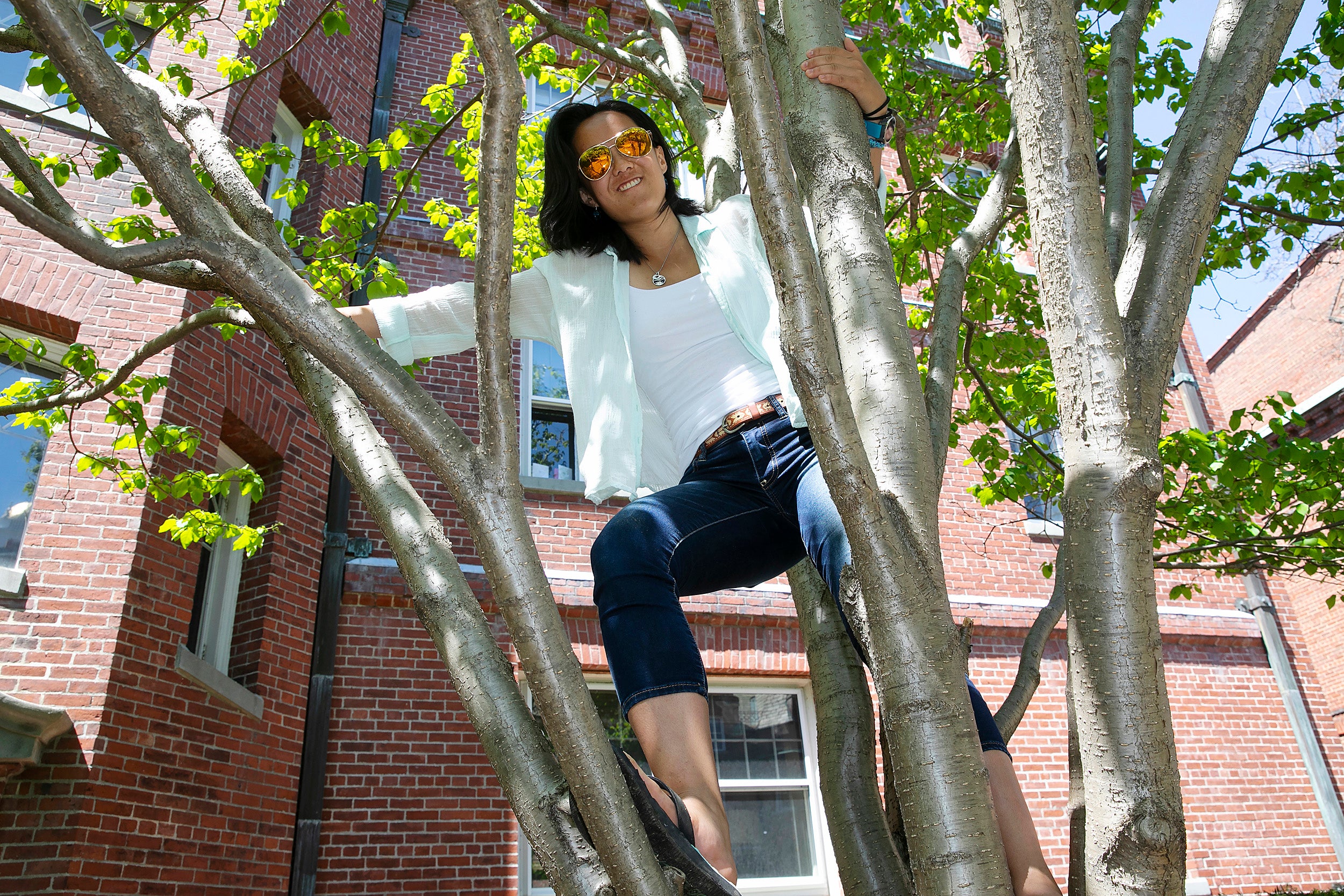 Since childhood, Cynthia Luo knew she wanted to be a physician. In high school, she discovered a passion for cancer immunology research while working in the lab of a biotech company. After spending part of a gap year volunteering at a rural health clinic in Uganda, she aspired to have an impact on global health.

At Harvard, she put all of these dreams together.

After her first year, the Leverett House resident began working in the lab of Professor of Organismic and Evolutionary Biology and Professor of Immunology and Infectious Diseases Pardis Sabeti, and co-authored papers on the development of a new diagnostic test for Zika virus and for a method to test for Zika, chikungunya, and dengue.

Luo would later co-author another paper, on the persistence of Ebola virus in bodily fluids, and is currently working with scientists in the lab on research aimed at harnessing CRISPR (a family of DNA sequences) tools for their antiviral potential. Her senior thesis explored the structure and evolution of Ebola virus RNA and has helped shed new light on how the virus interacts with its host.

“When I came to college I sought out a lab that had direct translational clinical impact on global health,” Luo, a native of Cos Cob, Conn., said. “During my time in Uganda, I worked with people who experience health conditions that are sadly often not really talked about in the States since many infectious diseases are ‘eradicated’ here. In the U.S., HIV is no longer a death sentence for most people, but it’s a different situation there.”

Before arriving at Harvard, Luo took a gap year so she could apply herself to a pair of projects. Part of the year, she devoted to completing research she’d begun at the biotechnology company Regeneron, where she had worked on cancer immunology and exploring ways to “rescue” the body’s immune system — which may not recognize cancer cells as invaders — and train it to attack the disease.

“It’s really exciting work — I loved the creativity behind it, and it changed my mind a lot about what research could look like,” Luo said. “Before I did a lot of hands-on research, I thought I definitely wanted to go into medicine, because I thought research was boring … but that’s not the case at all. I was very excited about the collaborative atmosphere and about the incredible amount there was to learn, and I wanted a bit of extra time to do that.”

Inspired by a high school trip to Central America, Luo spent the second half of her gap year volunteering at a rural health clinic in Uganda’s Mukono District.

“I split my time between doing logistics for the clinic — like ordering meds, creating publicity initiatives, developing patient surveys — and accompanying nurses and social workers to different village outreach trips,” she said. “Through that — being able to see different clinics in Uganda, and having that understanding of the different health conditions people experience … when I came to college I was thinking about how to connect the experience I had in the lab with this global health work.”

When the molecular and cellular biology concentrator isn’t in the Sabeti Lab, she is often volunteering with CrimsonEMS, Harvard’s student-run emergency medical service, and served as its chief in 2018.

“I decided to become an EMT before college, and that was very much a super-personal decision,” Luo said, recalling a freak car accident that involved her mom.

“She’s totally OK now, and I’m so grateful for that, but I was the person who found her and called 911,” she continued. “You don’t expect to see your mother in a position of such vulnerability and near death — I remember a chaplain actually came to talk to me at the hospital. The terror in that moment of not knowing what to do really stuck with me, but the fact that the EMTs came and knew what to do in that moment, and were calm in that moment of absolute terror was something that also stuck with me, so I got certified to pay it forward.”

Luo applied as a sophomore to the Icahn School of Medicine at Mt. Sinai where she will begin in August. Knowing her post-college plan so early allowed her to spend more time in the lab and also fully embrace her secondary concentration, English.

“Reading and the writing process really force you to put yourself in the shoes of someone whose life could be completely different from yours. Being able to be in that headspace is something that’s really important in medicine and in being a good human being,” she said. “The whole process of interpreting text and thinking about what’s not on the page has many parallels to when you’re doing a primary evaluation for a patient.”

Her Harvard studies — in the classroom, the lab, and the ambulance — contributed to what Luo called “a blessed time.”

“Being here has been about living in the present and making the most of every single part of what it means to call this place home,” she said. “The places and people I’ve been lucky enough to be involved with have taught me that there’s so much fulfillment to derive from wherever you are in life.”