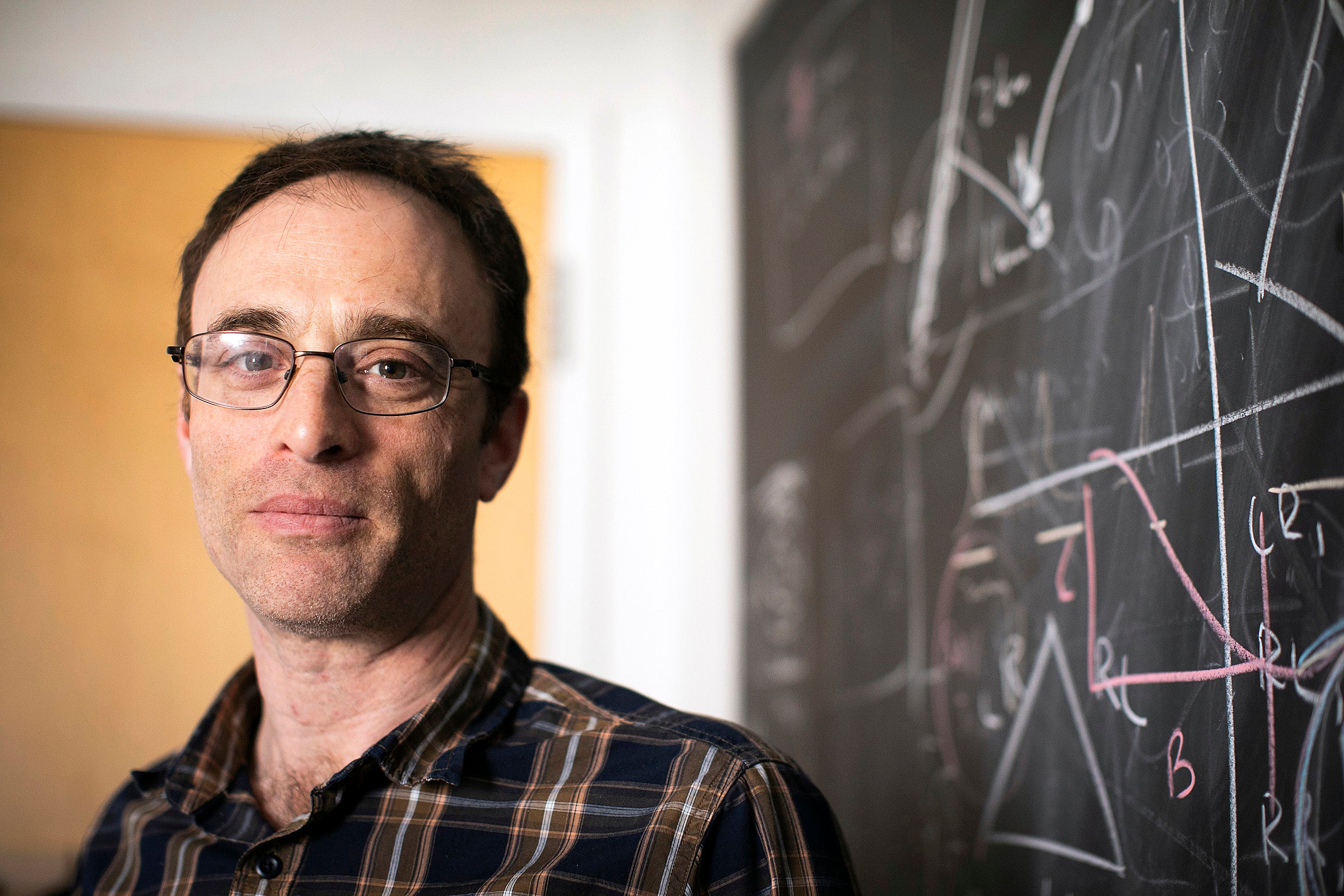 WASHINGTON, D.C. — A global team of astronomers, led by Harvard scientists, has for the first time captured an image of a black hole.

The image, revealed today by researchers from the Event Horizon Telescope (EHT), shows a bright ring of material surrounding a dark center that marks the event horizon of the black hole — the “point of no return, where nothing, not even light — can escape.”

The image is the result of a colossal, years-long effort by dozens of researchers. To find it, the EHT focused on a pair of supermassive black holes — the one at the center of the Milky Way galaxy, known as Sagittarius A* (pronounced Sagittarius A-star), and a second that lies at the heart of an elliptical galaxy called M87.

Capturing an image of a black hole, project leaders said, is about more than getting the first glimpse of one of the most curious objects in the cosmos. It also opens the door to allowing astronomers and physicists to test Einstein’s theories of gravity and general relativity under the most extreme conditions in the universe.

“A black hole, if you looked at it naked … would be invisible,” said Sheperd Doeleman, director of the EHT. “It’s nature’s most amazing invisibility cloak.”

So how do you take a picture of something from which even light cannot escape?

“In a paradox of its own gravity,” Doeleman explained, “you wind up seeing it because all the gas and dust that’s attracted to it gets crushed into a smaller and smaller volume, causing it to heat up to hundreds of billions of degrees. So you wind up with a 3-D flashlight illuminating all the space-time around the black hole.”

Doeleman and his colleagues were hoping the giant flashlight would reveal a ring of light known as the last photon orbit. The closest light can get to a black hole without being “eaten,” that orbit is the result of photons being flung off from the super-heated material around the black hole. Some of those photons are redirected by the extreme gravity and come to Earth, where they could be detected by EHT researchers.

“To do this, we worked for over a decade,” Doeleman said, in a Washington, D.C., press conference attended by media from around the globe. “In April 2017, all the dishes in the Event Horizon Telescope turned and stared at a galaxy 55 million light years away called M87 and the supermassive black hole at its core, and we are delighted to be able to report to you today that we have seen what we thought was unseeable. We have seen and taken a picture of a black hole.”

The image, revealed by Doeleman, prompted a large round of applause from onlookers and praise from other scientists who attended the event.

“[This announcement] will transform and enhance our understanding of black holes,” said National Science Foundation Director France Córdova. “As an astrophysicist, this is a thrilling day for me.

“Black holes have captivated the imaginations of scientists and the public for decades. We have been studying black holes for so long, sometimes it’s easy to forget that none of us has actually seen one,” she continued. “I believe [this image] will demonstrate an imprint on people’s memories — the Event Horizon Project shows the power of collaboration, convergence, and shared resources, allowing us to tackle the universe’s biggest mysteries.”

“Today general relativity has passed another crucial test, one spanning from the horizons to the stars.”
Avery Broderick, professor of physics and astronomy at the University of Waterloo

Avery Broderick, a professor of physics and astronomy at the University of Waterloo and a member of the Perimeter Institute for Theoretical Physics, said the image provided a key confirmation of Einstein’s theories.

“Every photon in these first EHT images began its journey in a churning maelstrom embedded in the most extreme environment in the universe — the vicinity of a black hole,” he said. “The radio waves we see in these first images orbited a black hole before beginning their 55 million–year journey toward us, and this results in the black shadow or silhouette cast by the event horizon.

“General relativity makes a clear prediction of both the size and shape of those features — the shadow should be circular,” he continued. “However, as with all journeys of discovery, when we began this expedition of the mind, we did not know what we would find. Were Einstein wrong or the object at the heart of M87 not a black hole, its silhouette could have been very different … or simply missing. But in April 2017, this was the dog that did not bark. The shadow exists, and today general relativity has passed another crucial test, one spanning from the horizons to the stars.”

But the only way to detect black holes, Doeleman said, was through VLBI, or very long baseline interferometry. The process involves collecting data from multiple radio telescopes around the globe, then using algorithms and supercomputers to analyze that data, effectively creating a “virtual telescope” the size of the Earth itself, turning the planet into a giant radio telescope.

Such telescopes work by using parabolic dishes to bounce signals to a central focal point, allowing astronomers to create an image. But the EHT team had to get multiple telescopes around the world to work together. In smaller telescope arrays, that process is simple — the dishes can simply be tied together with cables that run between them. When working on a planetary scale, though, those direct connections aren’t possible.

To collect the data used in the black hole image, Doeleman said, the team gathered information from six locations — Antarctica, Chile, Mexico, Hawaii, Arizona, and Spain. By combining data from multiple places, researchers were able to build a system powerful enough to peer into the heart of a black hole.

“The EHT observations require measurements of light received from M87 every nanosecond in order to properly sample the incoming high-frequency radio waves,” said Daniel Palumbo, a Harvard graduate student at the CfA. “We capture and freeze that light locally at each telescope. Storing that information requires hundreds of terabytes of space, shipped around the globe for later combination by a supercomputer. High-quality data from a wide array of telescopes let us form images that we trust.”

Doeleman said the credit for the feat must be shared by the dozens of astronomers, postdoctoral fellows, graduate students, and undergraduates who worked for years to make it happen.

“The group here is tremendous,” he said. “The group at the Harvard-Smithsonian Center for Astrophysics (CfA) and the Black Hole Initiative at Harvard … they’re the backbone of the entire effort. They are shouldering all the burden and they have risen to a monumental challenge. We have a great, wonderful team of people here and around the world that brought us to this point, and when I saw that first full image, I just said, ‘This is it.’”

“A black hole, if you looked at it naked … would be invisible. It’s nature’s most amazing invisibility cloak.”
— Sheperd Doeleman, director of the EHT

Doeleman said EHT researchers were split into four independent teams to analyze the data gathered by the telescopes, each of which produced nearly identical images. “That’s when we knew we had something,” he said. “Then all the teams came together to refine these techniques. … So we were doing new things throughout this whole project.”

But when it comes to imaging a black hole, simply building a bigger dish — even a planet-size one — wasn’t enough. To even reach the EHT telescopes, photons born near the black hole must have a wavelength short enough to be able to escape from the super-heated soup of the circle of gas and dust that collect around a black hole, known as an accretion disk, travel millions of light-years through the interstellar medium, and pass through Earth’s atmosphere.

The magic number needed to pull it off, Doeleman said, was 1.3 millimeters.

“At 1.3 millimeters, everything just works,” he said. “All these things have to happen — we need cosmic sources that are this size. We need wavelengths of light that can see through all this. And we need the Earth to be the right size … so we can resolve this. Did we hit the lottery or what?”

In the future, Doeleman said, the team should be able to increase the images’ resolution by capturing shorter wavelengths and building ever-larger telescopes.

“In fact, we’ve just put in our first space proposal … to explore putting telescopes in orbit,” he said. “In theory, we could put something far enough away from Earth so we could get a diameter larger than Earth. We do have some tricks up our sleeve … and we’re thinking those things could happen over the next decade, and we would be able to sharpen our capabilities even more.”

For now, though, Doeleman said it’s hard to overstate the significance of the first image of a black hole, if only because of the host of new questions it will allow astronomers and physicists to ask.

“Today’s result represents the end of years of hard work by the EHT team, but it’s really just the beginning,” said Andrew Chael, a Harvard graduate student at the CfA. “Using these images and future observations we will be able to not only test general relativity in a new, extreme environment, but we will also be able to learn more about how supermassive black holes interact with whole galaxies, especially how magnetic fields can extract energy from the black hole and launch huge jets out to enormous scales like we see in M87. The next few years will be an incredibly exciting time in black hole physics and astrophysics.”

Aside from the scientific discoveries made possible by the work of the EHT, Doeleman believes the project is awe-inspiring just by its nature.

“For my money, there’s the wonder of it,” he said. “The fact is that we’re just blobs of protoplasm living on a planet that’s just the right size, with just the right wavelength of light, and we made radio telescopes that can image a supermassive black hole 50 million light-years away, that’s incredible. And it’s not only incredible because we can do it, but it’s incredible because the very nature of a black hole is that it’s unseeable, and here we are seeing the unseeable.” 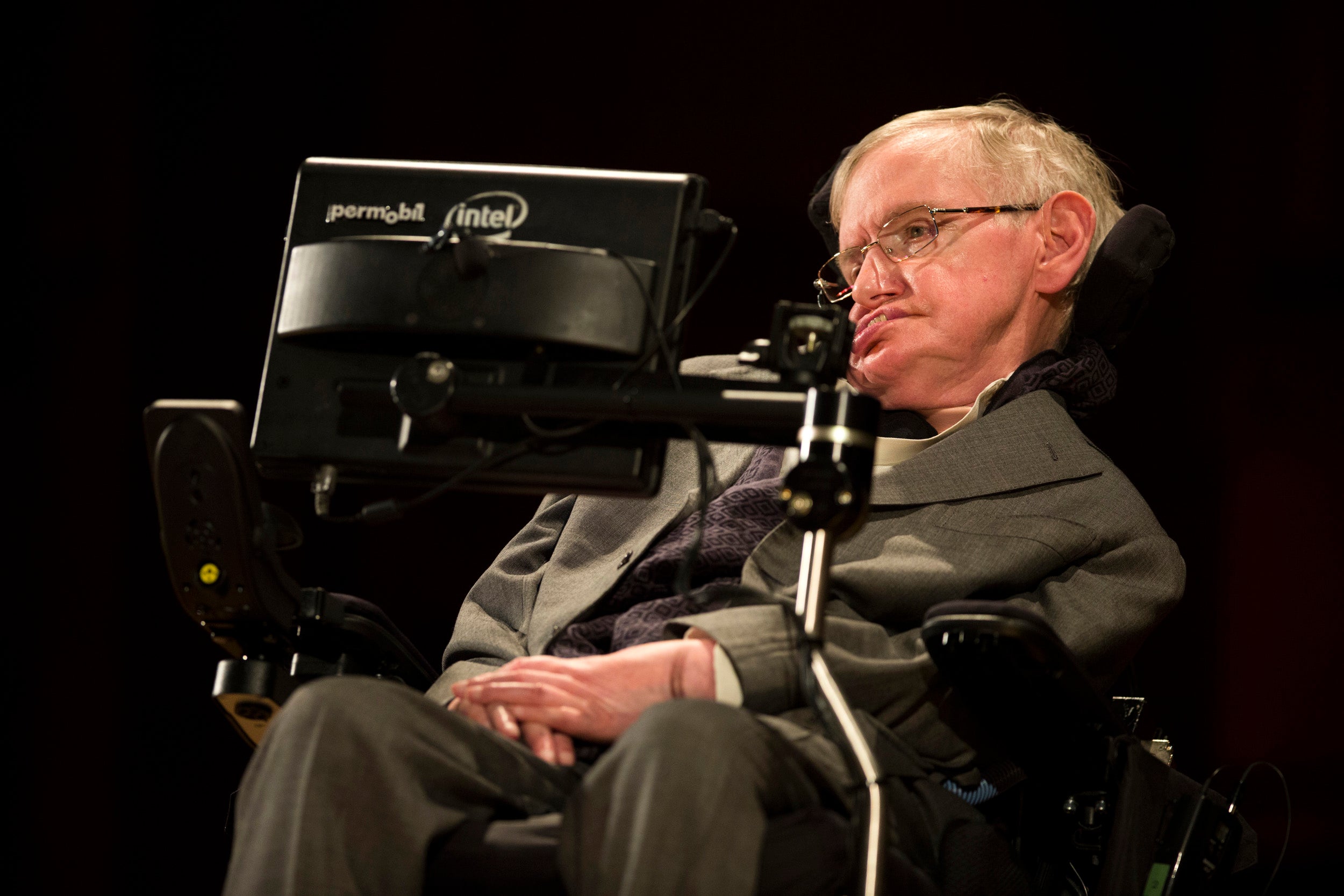 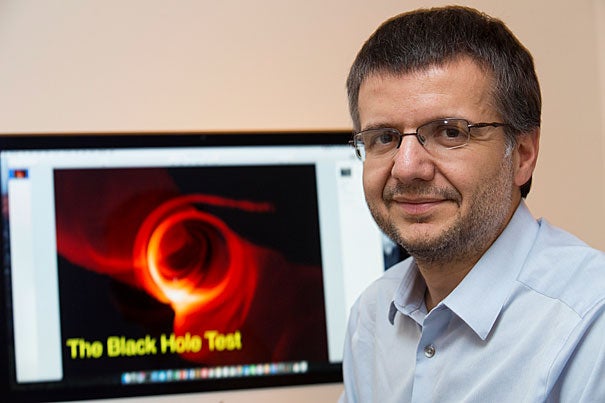 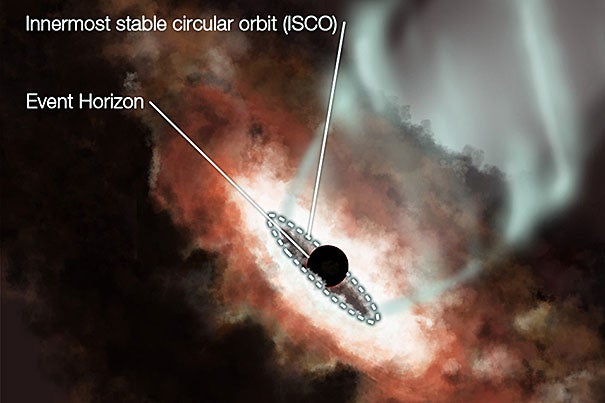