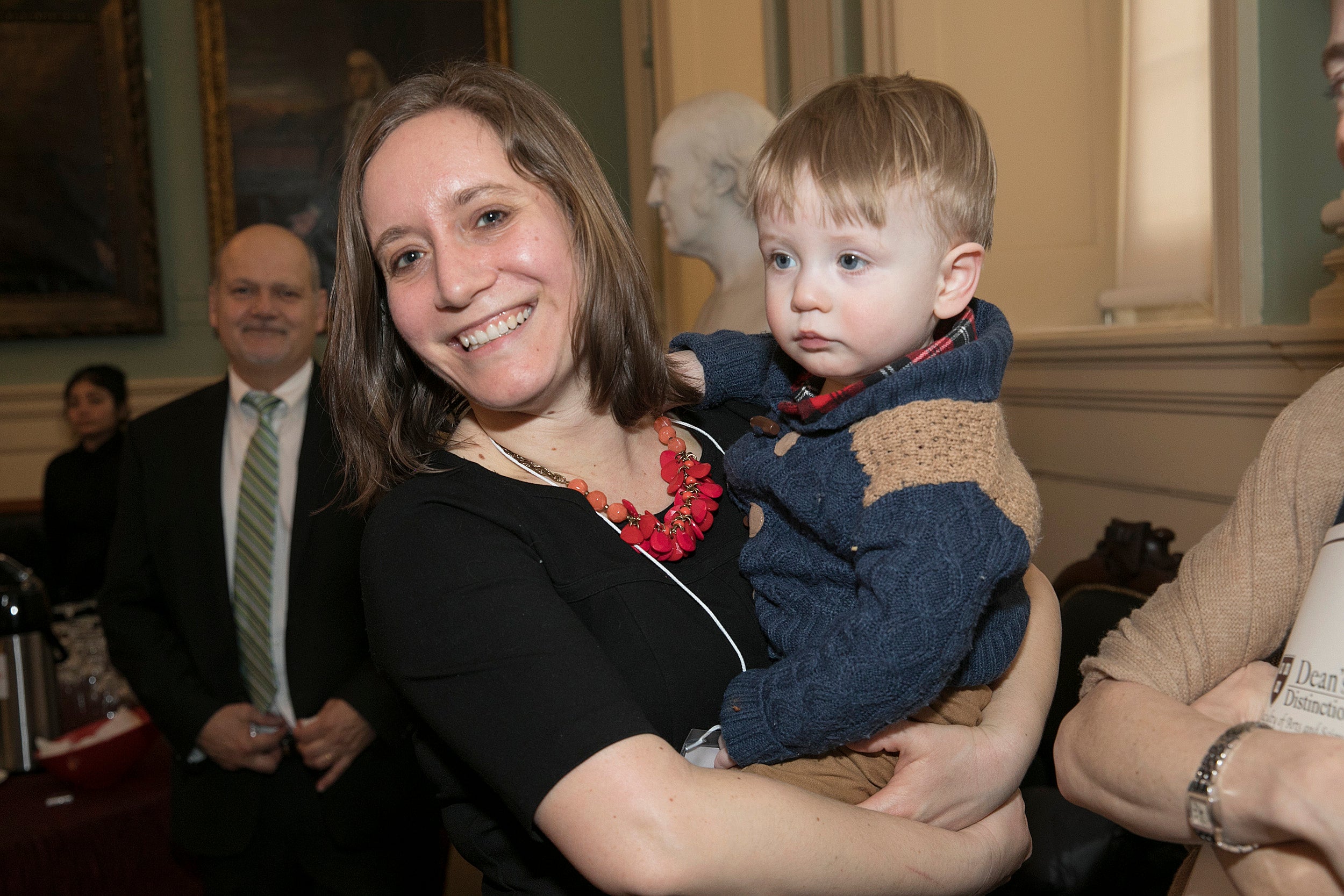 Michael Brown ’83, J.D. ’88, CEO and co-founder of the public-service organization City Year, has been elected president of Harvard University’s Board of Overseers for the 2019­–20 academic year. Lesley Friedman Rosenthal ’86, J.D. ’89, chief operating officer of The Juilliard School, will serve as vice chair of the board’s executive committee for the same term.

Both elected as Overseers in 2014, Brown and Rosenthal will serve in the board’s top leadership roles for the final year of their six-year terms. They will succeed Susan L. Carney ’73, J.D. ’77, a federal appeals court judge, and Gwill E. York ’79, M.B.A. ’84, co-founder and managing director of Lighthouse Capital Partners.

“Our Board of Overseers plays a vital role in assuring Harvard’s constant commitment to the ideals of truth, excellence, and opportunity,” said University President Larry Bacow. “Michael Brown and Lesley Rosenthal embody the leadership and dedication that our Overseers bring to the work of the governing boards, and I’m both grateful to them for their service and delighted at the prospect of working even more closely with them next year.”

‘Harvard has played a transformational role in my life’

In 1988 Brown co-founded City Year, an education nonprofit that mobilizes young people for a year of service in high-need schools and promotes voluntary national service as a way to strengthen democracy. City Year has more than 30,000 alumni who have contributed more than 50 million hours of service nationwide, as well as in South Africa and the United Kingdom. Brown recently announced that he will step down as CEO of City Year this June, transitioning to become senior advisor and charter trustee of the organization as it concludes its 30th anniversary year.

As a Harvard Overseer, Brown chairs the board’s standing committee on social sciences, while serving on the executive and institutional policy committees. He is a past member of the board’s committee on Schools, the College, and continuing education. He also serves on the visiting committees for the departments of Government and Sociology.

“I am honored to be elected president of the Board of Overseers,” said Brown. “Harvard has played a transformational role in my life, and I am forever grateful. Not only did I receive an outstanding education, but I met my City Year co-founder, Alan Khazei, and my wife, Charlotte Mao, at Harvard. It’s a privilege to serve this remarkable University, with Lesley Rosenthal and our dedicated fellow Overseers, under President Bacow’s inspired leadership, and alongside the members of the Corporation, administration, faculty, students, and alumni, to support Harvard’s vital mission to advance scholarship, learning, and leadership development.”

Long active in Harvard affairs, Brown has co-chaired the National Advisory Board for Public Service at Harvard College, served as Class Day Speaker for Harvard Law School, and was keynote speaker for the College’s 2019 “Public Interested” conference.

Brown, who concentrated in social studies, graduated in 1983 from Harvard College and in 1988 from Harvard Law School, where he was an editor of the Harvard Law Review. Early in his career, he served as a legislative assistant to Leon Panetta when he was a member of the House of Representatives, and as a clerk for Judge Stephen Breyer of the U.S. Court of Appeals in Boston.

For his leadership in developing City Year and advancing the national service movement, Brown has been recognized with such honors as the Reebok Human Rights Award, Independent Sector’s John W. Gardner Leadership Award, and several honorary degrees.

‘It has been exciting to see the University’s progress’

Rosenthal became chief operating officer and corporate secretary of the Juilliard School, one of the world’s premier centers of education in the performing arts, in 2018. Previously, she had served for 13 years at the Lincoln Center for the Performing Arts, most recently as executive vice president, general counsel, and secretary.

As a Harvard Overseer, Rosenthal chairs the standing committee on humanities and arts, while serving on the board’s executive committee, its committee on finance, administration, and management, and the governing boards’ joint committee on inspection. She is also a member of the visiting committees for the Radcliffe Institute for Advanced Study, the Graduate School of Design, and the Department of the History of Art and Architecture.

“It has been exciting to see the University’s progress during my years on the board, including in critical areas such as the arts and humanities as well as inclusion and belonging,” said Rosenthal. “Participating in visiting committees has also made the experience intellectually gratifying, providing an opportunity to go ‘back to school’ and connect more directly with the academic enterprise. I’m grateful to work alongside Michael Brown and my other terrific colleagues to serve Harvard and help refine and advance its priorities.”

Rosenthal, who concentrated in philosophy, graduated from Harvard College in 1986. She received her degree from Harvard Law School in 1989. She has remained an active alumna, serving on several Harvard Law School reunion committees as well as on the Harvard Arts Medal Committee. She has also been a featured speaker in the Law School’s Traphagen Distinguished Alumni Series.

Before her time at Lincoln Center, Rosenthal practiced law in New York at Paul, Weiss, Rifkind, Wharton & Garrison, following a clerkship in the U.S. District Court for the Southern District of New York. She has lectured widely on nonprofit law, management, and governance, and is the author of “Good Counsel: Meeting the Legal Needs of Nonprofits” (2012).

Current president of the New York Bar Foundation, Rosenthal has been recognized with such honors as the New York State Bar Association’s Root/Stimson Award for outstanding commitment to community and volunteer service, the Volunteer Lawyers for the Arts’ Champions of the Arts award, and the Association of Media and Entertainment Counsel’s Arts Counsel of the Year. 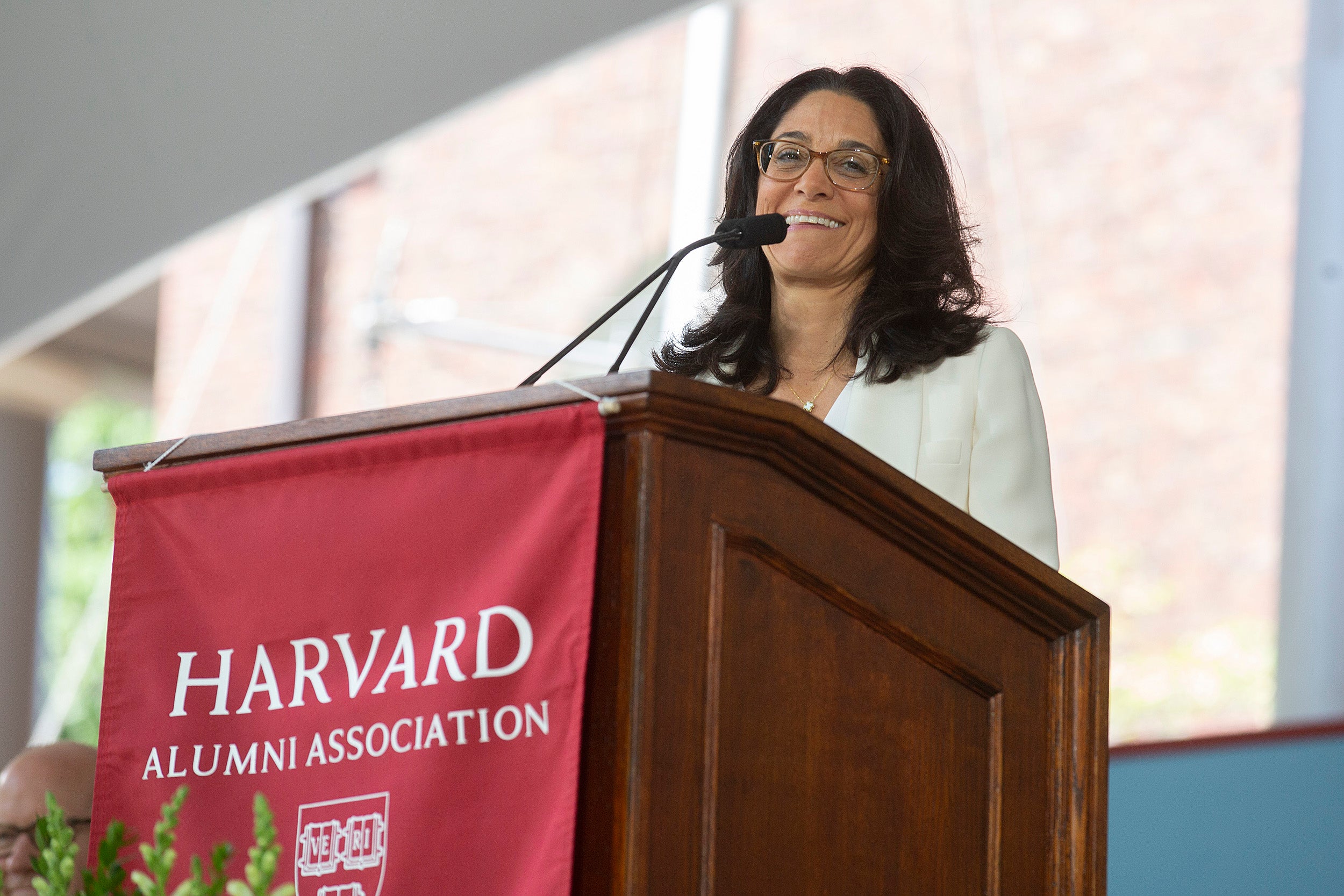 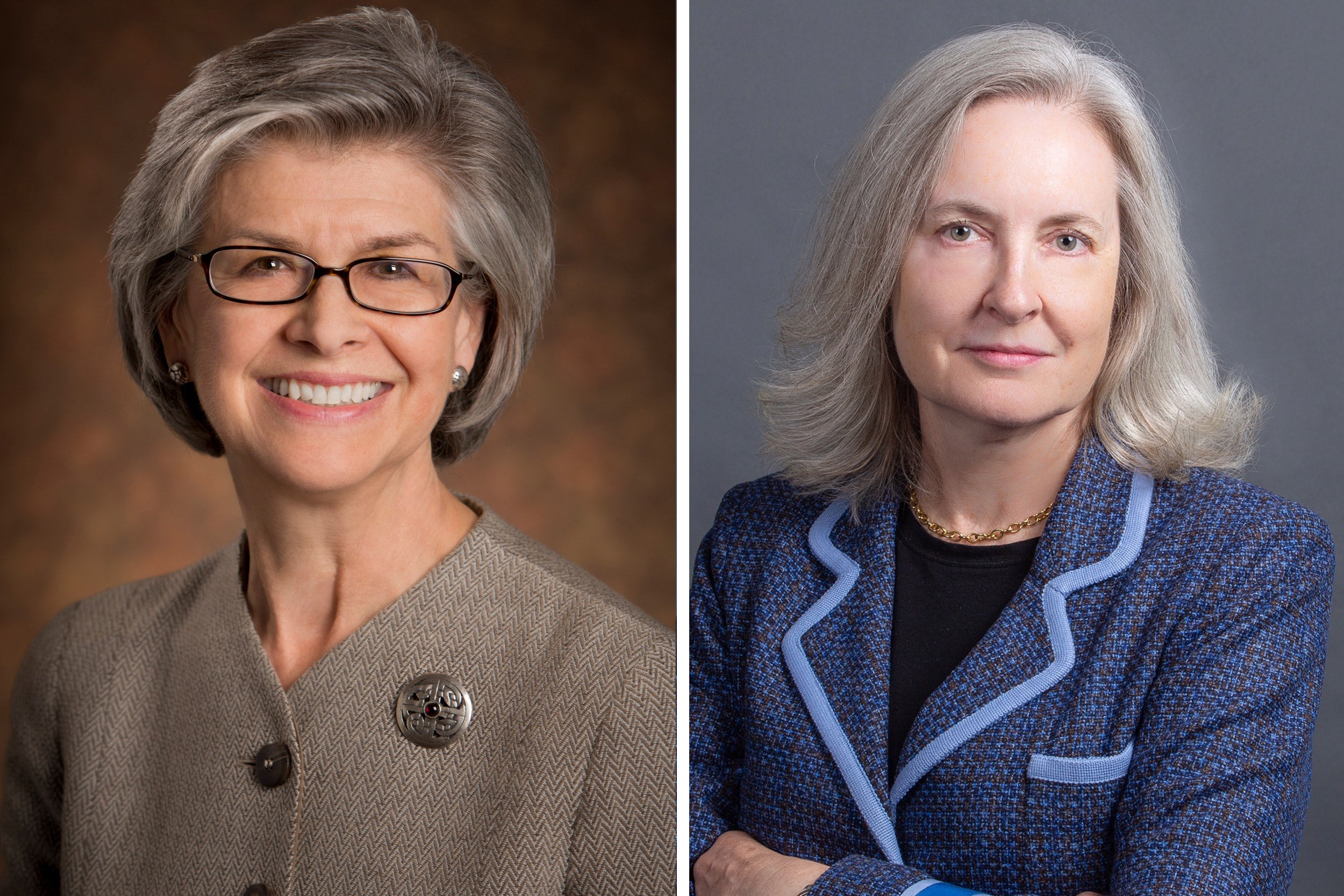