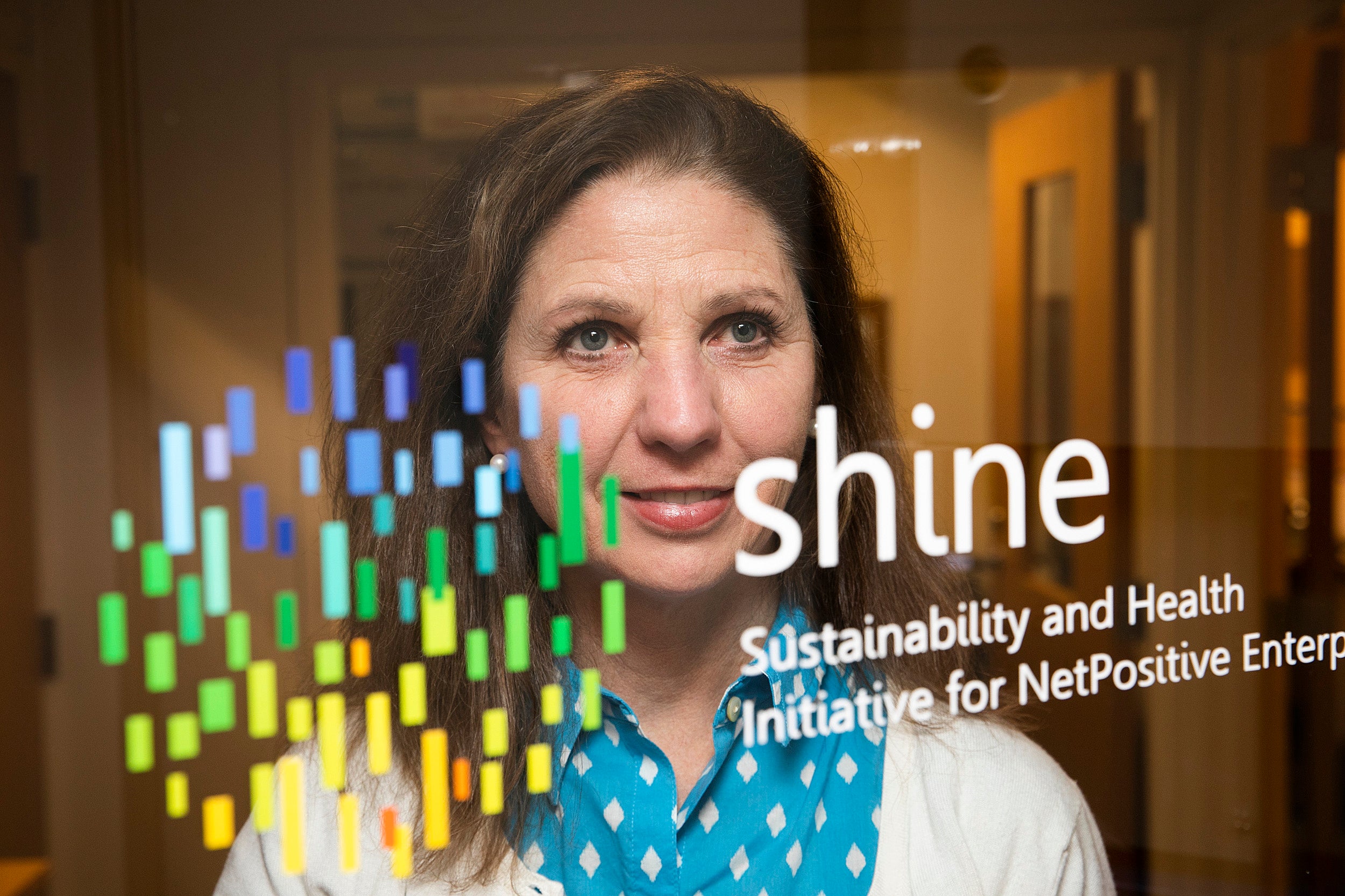 The body’s ability to adapt to changing conditions and shifting physiologic demands is essential to its survival. To ensure cellular performance and the health of the entire organism, each cell must be able to dispose of damaged or unnecessary proteins.

Now, a study from the Blavatnik Institute at Harvard Medical School (HMS) shows that intense exercise, fasting, and an array of hormones can activate cells’ built-in protein-disposal systems and enhance their ability to purge defective, toxic, or unneeded proteins.

The findings, published Feb. 19 in PNAS, reveal a previously unknown mechanism that is triggered by fluctuations in hormone levels, which signal changes in physiologic conditions.

“Our findings show that the body has a built-in mechanism for cranking up the molecular machinery responsible for waste-protein removal that is so critical for the cells’ ability to adapt to new conditions,” said Alfred Goldberg, senior author on the study and professor of cell biology at the Blavatnik Institute.

Cellular housecleaning in disease and health

Malfunctions in the cells’ protein-disposal machinery can lead to the accumulation of misfolded proteins, which clog up the cell, interfere with its functions, and, over time, precipitate the development of diseases, including neurodegenerative conditions such as amyotrophic lateral sclerosis and Alzheimer’s.

The best-studied biochemical system used by cells to remove junk proteins is the ubiquitin-proteasome pathway. It involves tagging defective or unneeded proteins with ubiquitin molecules — a process known as the “kiss of death” — marking them for destruction by the cell’s protein-disposal unit, known as 26S proteasome.

Past research by Goldberg’s lab has shown that this machinery can be activated by pharmacological agents that boost the levels of a molecule known as cAMP, the chemical trigger that initiates the cascade leading to protein degradation inside cells, which in turn switches on the enzyme protein kinase A. The lab’s previous research found that cAMP-stimulating drugs enhanced the destruction of defective or toxic proteins, particularly mutant proteins that can lead to neurodegenerative conditions.

The new findings, however, reveal that shifts in physiological states and corresponding changes in hormones can regulate this quality-control process independent of drugs. Goldberg’s lab previously focused on reining in overactive protein breakdown — excessive protein removal that can cause muscle wasting in cancer patients or give rise to several types of muscle atrophy. In fact, a proteasome inhibitor drug Goldberg and his team developed to tamp down protein-disposal activity has been widely used to treat multiple myeloma, a common blood cancer marked by abnormal protein accumulation and overworked proteasomes.

The team’s latest work, by contrast, is focused on developing therapies that do just the opposite — invigorate the cell’s protein-disposal machinery when it is too sluggish. These newest findings open the door, at least conceptually, to precisely such treatments.

“We believe our findings set the stage for the development of therapies that harness the cells’ natural ability to dispose of proteins and thus enhance the removal of toxic proteins that cause disease,” said study’s lead investigator, Jordan VerPlank, a postdoctoral research fellow in cell biology at the Blavatnik Institute. Such treatments may not necessarily involve the design of new molecules, but instead stimulate the cell’s built-in capacity for quality control.

“This is truly a new way of looking at whether we can turn up the cellular vacuum cleaner,” Goldberg said. “We thought this would require the development of new types of molecules, but we hadn’t truly appreciated that our cells continually activate this process.

“The beauty and the surprise of it is that such new treatments may involve churning a natural endogenous pathway and harnessing the body’s pre-existing capacity to perform quality control,” he said. 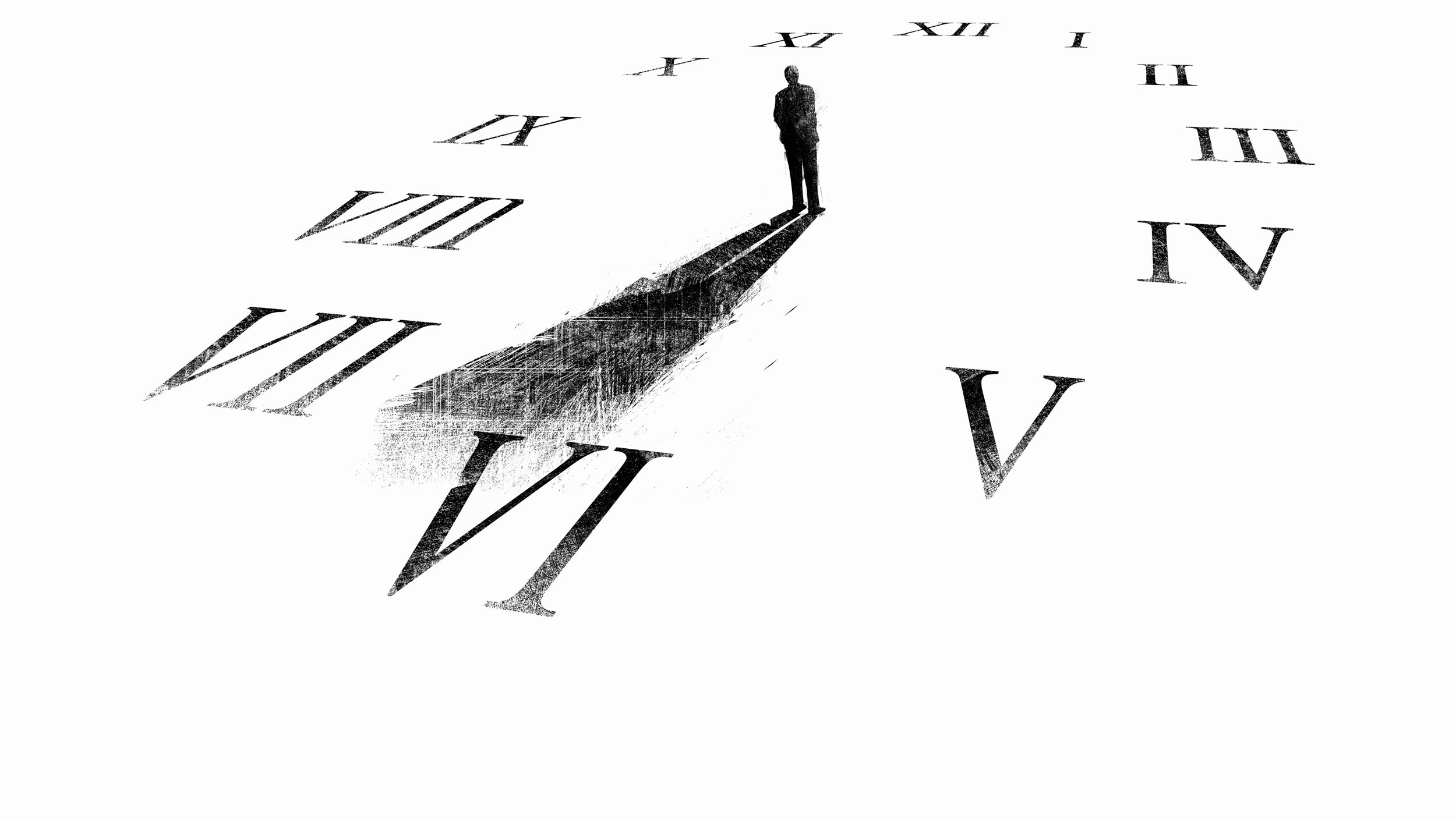 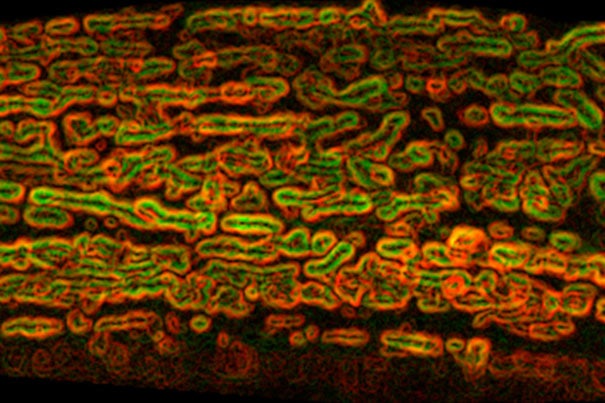 It is already well known that exercise has many salutary effects, but the researchers said the new findings hint at the possibility that exercise and fasting could also help reduce the risk of developing conditions associated with the accumulation of misfolded proteins, such as Alzheimer’s and Parkinson’s. That possibility, however, remains to be explored, the team noted.

In their experiments, the researchers analyzed the effects of exercise on cells obtained from the thigh muscles of four human volunteers before and after vigorous biking. Following exercise, the proteasomes of these cells showed dramatically more molecular marks of enhanced protein degradation, including greater levels of cAMP. The same changes were observed in the muscles of anesthetized rats whose hind legs were stimulated to contract repeatedly.

Fasting — even for brief periods — produced a similar effect on the cells’ protein-breakdown machinery. Fasting increased proteasome activity in the muscle and liver cells of mice deprived of food for 12 hours, the equivalent of an overnight fast.

In another round of experiments, the researchers exposed the liver cells of mice to glucago, the hormone that stimulates production of glucose as fuel for cells and tissues during periods of food deprivation or whenever blood sugar levels drop. The researchers observed that glucagon exposure stimulated proteasome activity and enhanced the cells’ capacity to destroy misfolded proteins.

Exposure to the fight-or-flight hormone epinephrine produced a similar effect. Epinephrine, also known as adrenaline, is responsible for stimulating the liver and muscle to mobilize energy reserves to boost heart rate and muscle strength during periods of physiologic stress. Liver cells treated with epinephrine showed marked increases in cAMP, as well as enhanced 26S proteasome activity and protein degradation. Epinephrine exposure also boosted proteasome activity — a marker of protein degradation — in the hearts of living rats. Similarly, when researchers exposed mouse kidney cells to vasopressin — the antidiuretic hormone that helps the body retain water and prevents dehydration — they observed higher levels of protein degradation as well.

Taken together, these findings demonstrate that the rate of protein degradation can rise and fall swiftly in a variety of tissues in response to shifting conditions, and that such changes are mediated by fluctuations in hormone levels. This response was surprisingly rapid and short-lived, the scientists noted. For example, exposure to the antidiuretic hormone triggered protein breakdown in kidney cells within five minutes and subsided to pre-exposure levels within an hour, the experiments showed. The findings show that the diverse set of hormones that stimulate cAMP appear to share a common mechanism that alters the composition of cells. These have long been known to modify gene expression, but this latest research reveals they also play a critical role in cellular housecleaning by disposing of proteins that are no longer needed.

A new twist on a classic concept

The new findings build on observations about the physiologic effects of hormones first made by HMS physician Walter Cannon nearly a century ago and elegantly captured in his book “The Wisdom of the Body” (1932). Some of Cannon’s most notable work includes defining the mechanism of action of epinephrine and its role in the fight-or-flight response. Epinephrine is one of the hormones whose action on the protein-disposal machinery is now illuminated by Goldberg’s latest work. In a symbolic coincidence, Goldberg’s lab occupies the very space where Cannon made his observations on the same hormone a hundred years ago.

“We think ours is truly a neoclassical discovery that builds on findings and observations made right here, in this very building, nearly a century ago,” Goldberg said.

Study co-investigators included Jinghui Zhao and Sudarsanareddy Lokireddy, who is no longer at Harvard.

The research was made possible through tissue samples provided by colleagues in Houston, Copenhagen, and Sydney.

The work was supported by grants from the National Institutes of Health’s National Institute of General Medical Sciences under grants R01 GM051923-20 and F32 GM128322, the Cure Alzheimer’s Fund, the Muscular Dystrophy Association (MDA-419143), Genentech, and Project ALS.