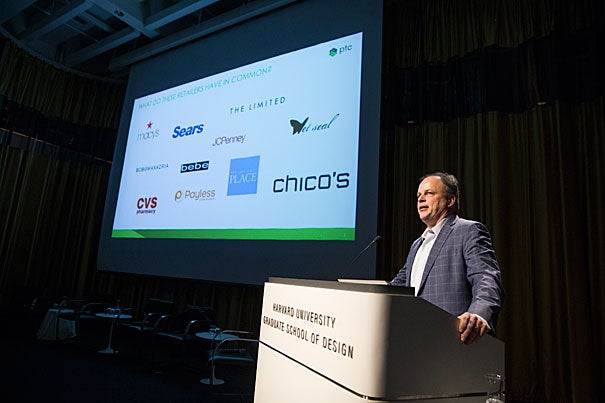 From the outside, female students at elite business schools often appear to have it all together. They’re smart, driven, confident, hard-working, successful, and poised to enter the business world with almost unlimited career possibilities.

It’s certainly a long way from the days when women were barred from top graduate schools and college “co-eds” were suspected of pursuing higher education primarily to find husbands and earn so-called “MRS degrees.” Or, then again, is it?

A recent study found that a majority of single female M.B.A. students deliberately downplayed their ambitions and avoided acting to enhance their careers if they thought that might torpedo their marriage prospects with classmates or co-workers.

In two experiments last fall, researchers first asked students newly admitted to an unnamed elite M.B.A. program to answer questions about themselves and their career preferences. Their answers, they were told, would be used to help place them in summer internships, a vital stepping stone to good jobs after graduation.

The survey asked male and female students to rate their own levels of ambition, competitiveness, and assertiveness and to indicate their desired salaries, and their willingness to travel and to work long hours. Students were also asked whether they were single or in a relationship. Some were told their answers would be shared with classmates, while others were told that only staff at the career center would see their responses.

When women thought their answers would be seen only by career counselors, they desired slightly smaller paychecks than the men, but expressed equal willingness to work long hours and travel frequently, two important prerequisites for entry into competitive fields such as consulting and investment banking.

But when told that classmates would see their answers, the single women downshifted, saying they would accept $18,000 a year less in salary, travel seven fewer days per month, and work four fewer hours per week than the female students who thought their answers would remain private. The second group also rated themselves less ambitious and less leadership-oriented — responses that undermine a student’s employment options.

“Single women are changing their answers because they think it’s going to hurt them in the marriage market,” said Amanda Pallais, the Paul Sack Associate Professor of Political Economy and Social Studies at the Faculty of Arts and Sciences (FAS), one of the working paper’s authors. “They’re worried that their actions are sending a signal about their marriageability … Because they’re interested potentially in dating these men, they would not want to send that signal of ambition or assertiveness.”

On the other hand, male students and women in relationships did not change their answers when told classmates could see their replies.

“When we ask women and men and we say ‘only the career office is going to see this,’ women are willing to work as long as men, they’re willing to travel as much as men. The differences only come up because [unattached women] think their classmates will see these answers,” she said.

In a related survey, M.B.A. students were asked if, during the two years of working life before business school, they had avoided doing things that might have helped their careers — like speaking up at meetings, offering to lead sales pitches, seeking out team leadership roles, or asking for raises or promotions — because they worried that would make them appear too ambitious or assertive.

Single women also chose less-demanding jobs during a hypothetical career selection questionnaire when told that their male peers, especially the single ones, would see and discuss their answers. When they were told that only female peers would learn their responses, 68 percent of single women said they preferred higher-salary jobs with longer hours, but when male peers would see them, that number dropped by 26 percentage points.

The women’s fears aren’t imaginary. Prior research showed that men, even those who are highly educated and successful, typically preferred female romantic partners who were less successful and ambitious than they are. A 2015 Harvard Business School (HBS) alumni survey showed that the M.B.A. program is a fertile place for students to pair off. Of alumni between ages 25 and 30 (the average age of M.B.A.s), 31 percent of married women and 16 percent of married men reported wedding an HBS alum.

Pallais said researchers strongly suspected that some women might feel it necessary to make a tradeoff in order to find a suitable mate, minimizing actions that signal ambition and assertiveness for fear of being deemed less desirable on the marriage market.

“We started this project because we thought that this … was likely happening, that single women have these dual incentives and they were balancing them. But we were surprised how big the effects are,” said Pallais. “These are already women who are ambitious, they’ve succeeded a lot, they’ve already invested a lot in their careers to get to this stage, so maybe it’s extra surprising that we see this here.”

Robin J. Ely, the Diane Doerge Wilson Professor of Business Administration at HBS, called the findings “disheartening” but not entirely surprising. Historically, women have faced “a choice between being seen as competent and being liked,” often known as a “double bind,” particularly in male-dominated occupations. The study is also consistent with and echoes a “gender grade gap that existed at HBS for many years, but has now closed.”

One positive note is that the study pierces a long-held myth about gender and career.

“I think it’s important to see these findings as casting doubt on the belief that women are intrinsically less ambitious than men, showing instead that whether and how they express their ambition is context-dependent,” said Ely, who studies gender and race relations in organizations. “It seems that women have no trouble claiming their ambitions and being willing to do what it takes to get ahead (for better or for worse) when they feel that doing so will not exact a social cost.”

If female M.B.A.s feel pressure to minimize their career ambitions in front of men, it’s not hard to imagine that other single women probably do too and may opt out of activities like taking an advanced high school math class, pursuing a STEM degree, or starting a business, said Pallais. To what extent this is happening in other cohorts is an area that merits further investigation, she added.

So what can be done?

Since changing men’s marriage preferences seems unlikely, Pallais suggests one way to neutralize the perceived social stigma attached to women who speak out in class is for instructors to consider calling on students rather than waiting for volunteers. “In cold calling, there’s no longer these signals of ambition because the women aren’t volunteering to speak,” they’re simply responding to requests, she said.

It’s a practice that faculty already engage in at HBS, where gender dynamics in the classroom have come under greater scrutiny in recent years.

“My sense is that simply sharing these findings with students would mitigate any tendency on the part of single women to conform to gender stereotypes in the classroom,” said Ely. “I suspect that if they were making more conscious choices about their actions, they would not underplay their ambitions.”